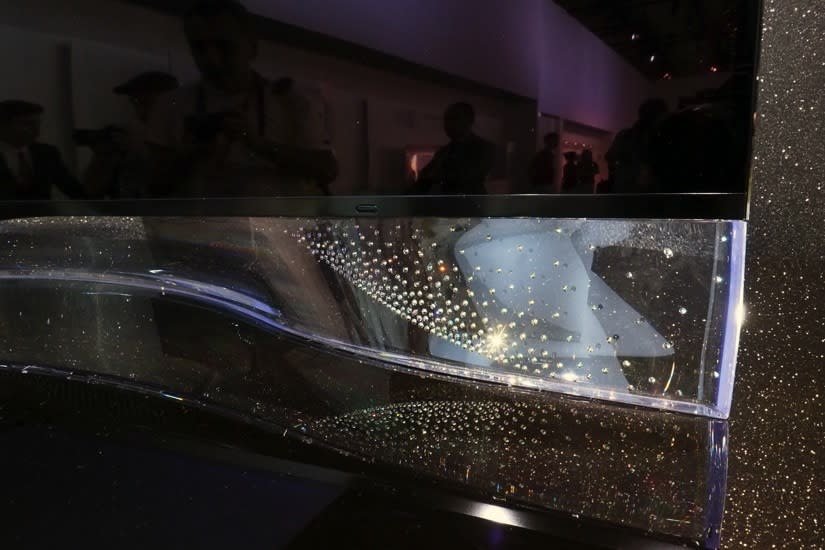 We'll be honest: We were expecting more. When we heard LG was coming out with a television covered in Swarovski crystals, we just assumed LG would go big. Crystals on the bezels. Crystals on the remote. Crystals coming out of the HDMI ports. Actually, though, it's just a dusting of 460 crystals on the base of an otherwise normal 55-inch OLED TV. Additionally, there's a version where the base is made of sculpted crystal. Like, the see-through kind. Not the sparkly Freddie Mercury kind. It'll ship by the end of this month for €4,000 in Germany, and maybe some other European countries. Because if there's anyone who knows class -- well, we won't go there. 11
In this article: 55-inch, hands-on, hdpostcross, ifa, ifa 2014, ifa2014, lg, oled TV, oledtv, Swarovski, swarovski crystals, SwarovskiCrystals
All products recommended by Engadget are selected by our editorial team, independent of our parent company. Some of our stories include affiliate links. If you buy something through one of these links, we may earn an affiliate commission.