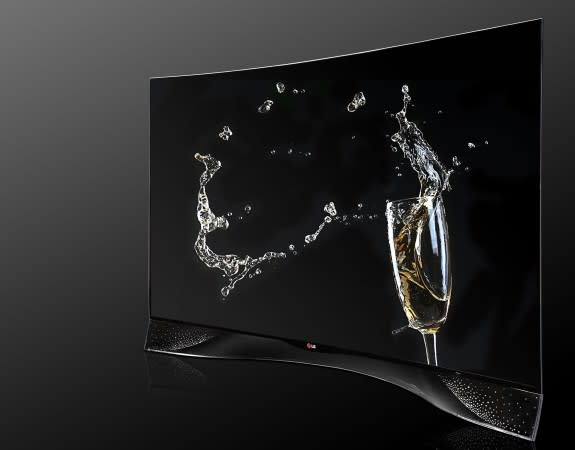 There are few things that scream class more loudly than coating a piece of consumer electronics in gold. Except, perhaps, for doing the same thing, but with Swarovski crystals. That's the truth-bomb that LG has just deposited into our laps, having announced it's bringing an OLED HDTV with such glittery detailing here at IFA. Why? We can't even begin to answer that question, but LG claims the 460-crystal pattern "turns a cutting-edge television into a work of art." There's no word on a price, but LG says this TV will go on sale in Europe this year -- we'd rather forego the crystals to get OLED down to a price that competes with the best LCDs and Ultra HD TVs instead. 4
In this article: hdpostcross, IFA2014, lg, oled, Swarovski, SwarovskiCrystals
All products recommended by Engadget are selected by our editorial team, independent of our parent company. Some of our stories include affiliate links. If you buy something through one of these links, we may earn an affiliate commission.