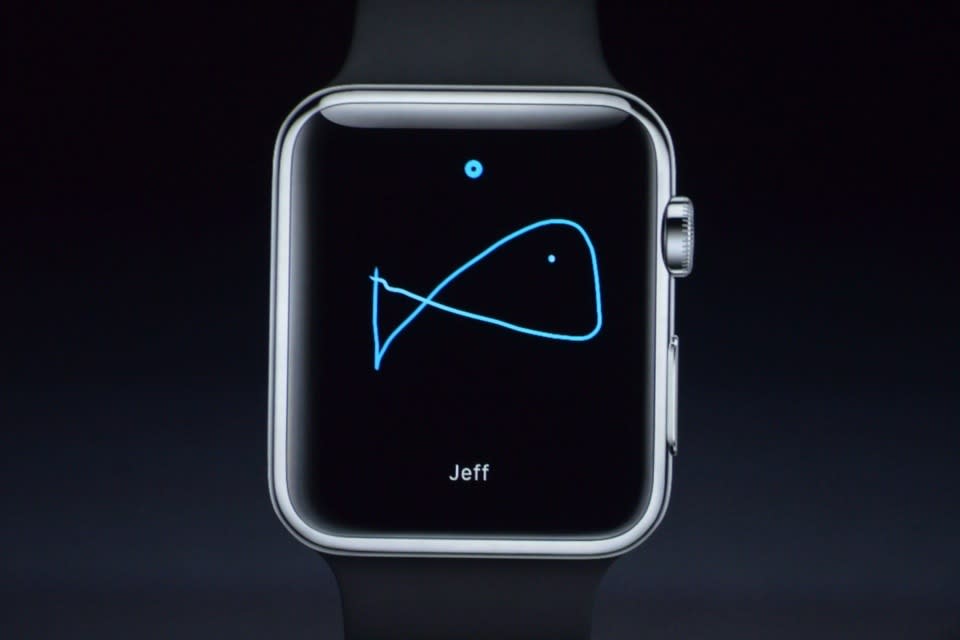 I don't get it. Based on my demographic standing; by sheer dint of my position within the tech press; as someone who grew up with the first Macintosh in his house and a subscription to Macworld, I should be standing and applauding and ferociously tweeting my awe and amazement at the unveiling of Apple Watch. Yet, I am not. Apple did not save wearables, as many thought it would. Apple caved to the incredibly high bar of expectations set by the public. Apple unveiled something, at best, lukewarm. At most, it's prettier than the smartwatches that've come before, and that's likely its greatest innovation.

My stance on the smartwatch as a viable mobile accessory is unambiguous; I've argued my case before. As a category, it needs to replace -- needs to completely replace our need for a cellphone. Otherwise, it's just one more thing to remember to charge throughout our busy days. To date, there's nothing any of these thinly veiled, proof-of-concept, wrist-worn devices can do that the smartphone already in your hand can't. Apple, I once thought, would prove me wrong. It would be the one to come along and actually make the strongest argument for wearables by analyzing the use cases and delivering that missing core functionality intuitively. Apple's perfectionism would be the hallelujah wearables so desperately needed. Instead, at today's Cupertino, California, event, we -- the press, the world at large -- were treated to a beautifully designed smartwatch (e.g., those interchangeable straps) laden with an embarrassing slew of useless gimmicks. With Apple Watch, you can view the phases of the moon or the positions of the planets; you can draw crude pictures with your finger and send them to friends (a feature eerily reminiscent of Nintendo's PictoChat for the DS) or even send them your heartbeat. Cheap tricks that consumers will tire of after a few weeks. But let's not forget the saddest part: Apple Watch will also tell you when you've been sitting too long and need to stand up. Hang your collective head, humanity -- it's a poor reflection on us all.

To date, there's nothing any of these thinly veiled, proof-of-concept, wrist-worn devices can do that the smartphone already in your hand can't.

Then there's the Digital Crown (once simply known as the "crown"), a hardware feature Apple spent several minutes of its slickly produced intro video praising the genius of, as part of its effort to redefine the smartwatch UI. The extensive engineering self-congratulations almost had me fooled: "What was this new UI that obliterated the need for a touchscreen?" I wondered. And then Kevin Lynch, the Apple VP overseeing Watch, came out on stage to demo this revolutionary feature... and wound up mostly using his finger to touch the screen. That app cloud, though -- now, that deserves a nod. Rather than lazily recreate the app grid from iOS, Apple reimagined it as a dynamically expanding mosaic for the stuffy confines of a watch face. And it did so beautifully.

Don't get me wrong: Apple Watch does appear to have some actually useful features, but the bulk of them come from third-party apps. Starwood Hotels, the hotel group that counts bougie faves like the W amongst its portfolio, has an app to let you open your hotel room door with a wave of your wrist. And American Airlines has an app that'll push all your flight info to your Watch for easy boarding. Even BMW's making a play for the Watch space: Its haute clientele will be able to check on the status of their car's charge and location. All of which is very interesting and yet Apple covered each with nary more than a blip of time within its presentation.

To Apple's credit, I do very much want a Taptic mapping experience (read: a much more marketable name for haptic feedback) that'll guide me along my designated route solely with vibrations. (I'd mention Apple Pay, but that distinction really belongs to the new iPhones and Touch ID, not this Watch.) Fitness tracking is in there, too, but that's so old hat by now; it's just expected. If you don't mind, I'll hold my applause.

Will Apple Watch fail? Doubtful. There's too much of a persistent, lingering Jobsian-halo surrounding the Apple brand to let that product fall on its (watch) face. It'll get better with time; most things/people/products inevitably do. It could even make wearables slightly more palatable for the mainstream. But it's not a revolution and it's not what any of us really expected. It's lipstick on a smartwatch. It's an accessory and nothing more.

In this article: apple, apple i watch, apple watch, appleiwatch, applewatch, editorial, i watch, iphoneevent2014, iwatch, smartwatch, smartwatches
All products recommended by Engadget are selected by our editorial team, independent of our parent company. Some of our stories include affiliate links. If you buy something through one of these links, we may earn an affiliate commission.