Watch this: the first Formula E race is tomorrow in Beijing 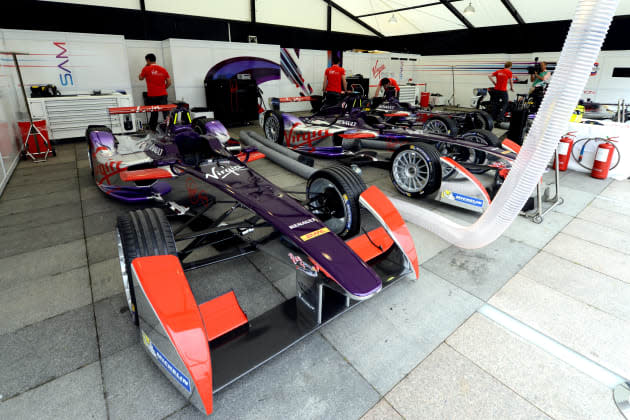 After a couple years of careful planning, the inaugural Formula E season is set to hit the track this weekend. Tomorrow's race is set for 3:30 AM ET in Beijing on a circuit that's laid out on around the iconic Bird's Nest venue from the 2008 Olympics. Anxious at-home spectators in the US can catch the action on Fox Sports 1 while UK viewers can tune in via ITV4. The Spark-Renault cars carry McLaren 200kW electric motors, systems and transmissions that equate to 0-60 MPH (0-100 km/h) in three seconds with a top speed of 150 MPH (225 km/h). During the first season, the 10-race schedule features stops in the States, Argentina and Monaco before wrapping up with the London ePrix in June 2015.

Update: Qualifying is over, and e.dams-Renault driver Nicolas Prost has snagged the first-ever Formula E pole with a 1.42.200 lap around the Beijing circuit. In this article: autoracing, beijing, china, formulae, hdpostcross, live, racing, video
All products recommended by Engadget are selected by our editorial team, independent of our parent company. Some of our stories include affiliate links. If you buy something through one of these links, we may earn an affiliate commission.