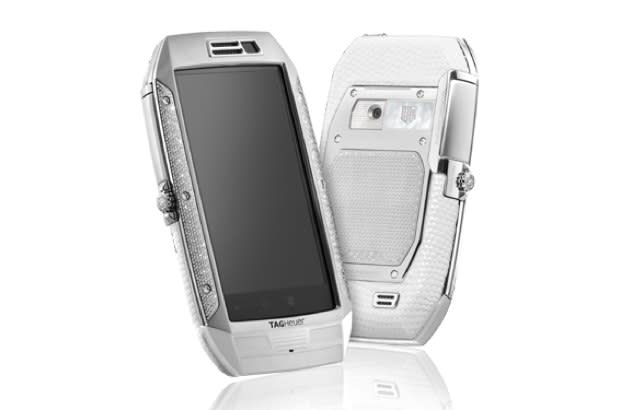 Since Apple unveiled its brand new smartwatch just a few days ago, key individuals in a number of related industries have felt the need to weigh in on whether or not they think it will be a success. One man with a less than favorable outlook is Jean-Claude Biver, who oversees the TAG Heuer, Zenith, and Hublot brands for luxury conglomerate LVMH, and his opinion is being plastered on headlines across the web.

Calling the Apple Watch "too feminine," and suggesting that Apple made "fundamental mistakes" in its design, Biver -- in an interview with German news outlet Die Welt -- was quite critical of just about everything Apple showed regarding the device. "This watch has no sex appeal," Biver claims, adding that it "looks like it was designed by a student in their first trimester."

Well, it's clear that he's not super thrilled about Apple getting into the watch business.

It's worth noting that Apple and TAG Heuer, one of the brands Biver oversees, have an interesting relationship. Apple recently lured TAG Heuer's VP of Global Sales into its own ranks, which Biver himself was quite vocal about, explaining how more than one of his former employees have found their way to Cupertino, while also noting that he doesn't see Apple as a direct competitor.

One of the things that seems to have been missed in all of this is that TAG Heuer also makes phones -- Android phones, in fact. The company's "LINK" smartphone line has been targeting luxury buyers since 2011 with devices ranging from a few thousand up to and surpassing $10,000, depending on the model.

The phones, sporting features like genuine leather and one which is studded with 1,007 diamonds, have embarrassingly meager specs. With 3.5-inch low-res screens, and running Android 2.2 (circa 2010), there's nothing about these devices that would compete with even the most modest smartphone in 2014, much less a flagship device from any major manufacturer. Of course, that doesn't change their price tags.

So if we're going to judge the potential success of the Apple Watch, basing it on the predictions of someone who thinks a $10,000 diamond-covered bargain-bin smartphone is a solid product probably isn't the best idea.

In this article: android, apple watch, iwatch, jean-claude biver, tag heuer
All products recommended by Engadget are selected by our editorial team, independent of our parent company. Some of our stories include affiliate links. If you buy something through one of these links, we may earn an affiliate commission.