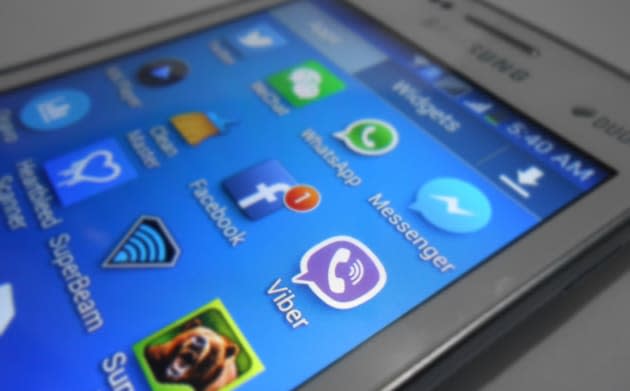 Viber really, really wants you to abandon Skype and all those other messaging apps, so its latest update adds an important feature for something in its category: video calls. The Rakuten-owned app now gives you the power to video chat with friends on Android and iOS, almost a year after it introduced the capability to call any number you want. And, in case you want to switch devices in the middle of a conversation, you can transfer video calls from mobile to desktop (where the feature's been available for a while) and vice versa. Other than that, Viber 5.0 now lets you add friends quickly by scanning QR codes, but that sounds like a lackluster afterthought compared to video calls, doesn't it?

In this article: android, app, IOS, mobilepostcross, update, Viber, VideoCalling
All products recommended by Engadget are selected by our editorial team, independent of our parent company. Some of our stories include affiliate links. If you buy something through one of these links, we may earn an affiliate commission.