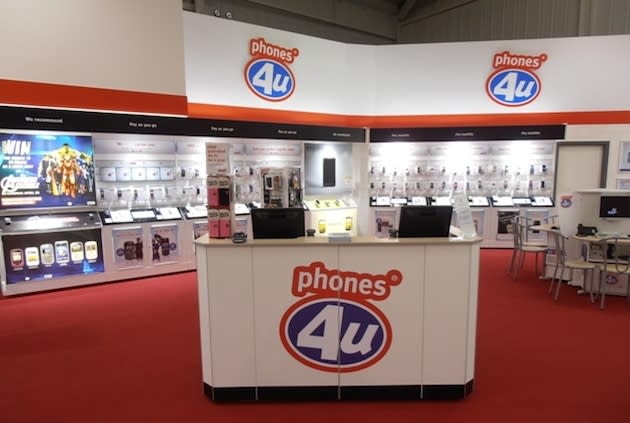 Less than two weeks ago, we remarked that things were looking tough for Phones4u. Today, it looks as though the company no longer has a future. After Vodafone said it was dropping its partnership deal with the company to go all in with Dixons Carphone, EE, the biggest carrier in the UK, has done what it threatened to do earlier in the year and announced it too is going alone. In a statement, Phones4u said that EE has decided not to renew its current contract, which expires in just over a year, leaving the company with no other choice than to call in the administrators. "The unexpected decisions by both Vodafone and EE have come as a complete shock to the business," it noted, adding that it'll honour existing contracts (no word on iPhone 6 pre-orders) but close stores while it assesses its options.

According to company representatives, Vodafone pulled a u-turn on talks after it had "consistently indicated to the management of Phones 4u over more than six months" that it would renew its deal. EE's announcement also has it baffled, because the deal still has a year to run. Both O2 and Three have already walked away from the company. Although it has an existing deal with EE to provide coverage for its own LIFE Mobile MVNO, Phones4u's customer footprint is small and would not be able to sustain 550 standalone stores that employ 5,596 people. What the future has in store for Phones4u is now anyone's guess, but we expect Dixons Carphone will be rubbing its hands at the prospect of having one less rival on the High Street.

In this article: carphone warehouse, dixons carphone, ee, mobilepostcross, network, phones4u, uk-feature, vodafone
All products recommended by Engadget are selected by our editorial team, independent of our parent company. Some of our stories include affiliate links. If you buy something through one of these links, we may earn an affiliate commission.