Hitting the Books: What really goes into your artisanal cheese 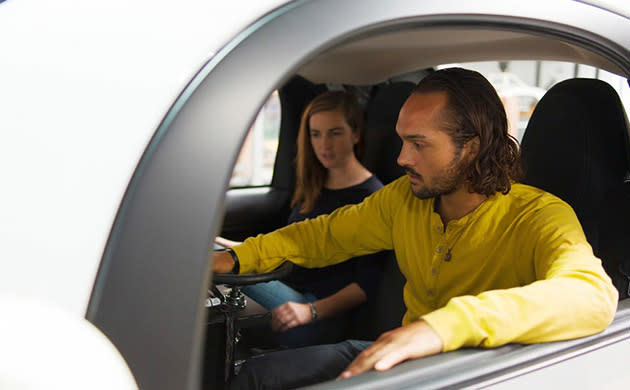 Apparently, Google has always known that the California DMV wouldn't allow it to test self-driving cars on the road unless they have manual controls and a backup driver onboard. The company has just revealed in a new Google+ post that its latest prototypes (designed to live without the now-vestigial controls) can accommodate temporary steering wheels and controls, as seen above. Once testing's done, folks working on the self-driving car division can easily remove the steering wheel and any manual control they've had to add. Convenient, right?

Some of that prototype testing will take place at Moffett Field, home to NASA's Ames Research Center. Unlike its California-bound cars, though, those slated to hit the federal property's roads don't need to have manual controls at all. According to Google, its private test track simulates traffic lights, construction zones and even wobbly cyclists to create a busy street environment. In fact, a month or two after their initial testing (that's slated to begin three to six months from now), the prototypes don't even need to have backup drivers onboard. Google started leasing Hangar One and its surrounding air field at Moffett earlier this year, so it'll at least have a ton of parking space for its diminutive, cartoon-like vehicles.
In this article: california, google, self-driving car, video
All products recommended by Engadget are selected by our editorial team, independent of our parent company. Some of our stories include affiliate links. If you buy something through one of these links, we may earn an affiliate commission.