How Instagram became the perfect platform for streetwear resellers 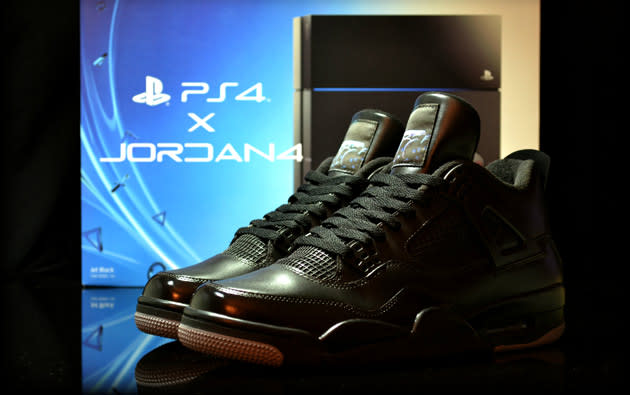 There's nothing like a set of fresh kicks to add the finishing touch to your get-up, but then there's the problem of tracking down the perfect pair. We know that's exactly why you haven't been cracking out your PS4-themed outfits recently, but luckily there's now a shoe for that™. Custom kick designer Jonny Barry from FreakerSNEAKS has seen this gaping hole in the market, and intends to fill it with the "JRDN X PS4," a remix of the Air Jordan 4 that takes inspiration from Sony's latest console. They're actually one of his less-extensive mods, with the PS4/PlayStation logos replacing the normal dunking graphics on the back of the sneakers, and an image of the mischievous robots from Playroom on the tongue. What's more, there's a (completely non-functional) HDMI port built into the sole, and a Jordan-branded cable for plugging them into, well, each other. As Barry tells DualShockers, he intends to produce a limited run of ten pairs, and sell them at around $950 each. Finally there's something that just works with that PS4 jumpsuit you've been dying to bust out, and what a bargain at more than double the price of the actual console! In this article: airjordan, freakersneaks, playstation4, ps4, sneakers, sony, sonyplaystation4, sonyps4
All products recommended by Engadget are selected by our editorial team, independent of our parent company. Some of our stories include affiliate links. If you buy something through one of these links, we may earn an affiliate commission.