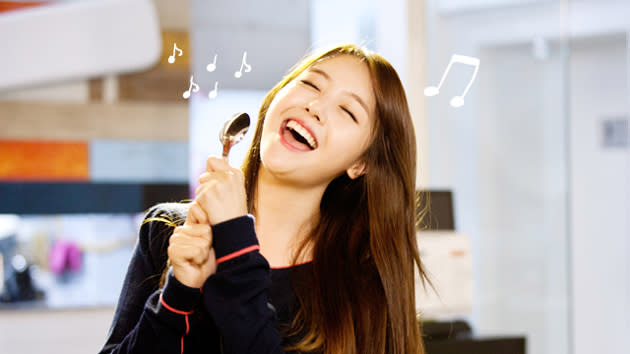 Samsung doesn't just want to make its products look cool -- it wants its jobs to look cool, too. It's accordingly launching Best Future, an online-only musical sitcom that portrays Samsung as a hip place to work for young South Koreans. The star is Mirae ("future" in Korean), a fictional worker at the tech giant's Suwon headquarters; the six-episode series will follow her and her roommate Chaego ("best") as they dance their way through the workday. There aren't too many clues as to the storyline, but Samsung is teasing the prospect of "song battles" when the series arrives in October. Suffice it to say this won't be a deep, introspective masterpiece.

With that said, don't knock this supremely cheesy production just yet -- apparently, sitcoms as corporate marketing tools are more effective than you think. Samsung says that a previous internet show built around its philosophy, Endless Energy, racked up over 5.5 million views last year. It's doubtful that the approach would help beyond South Korea, where Samsung is virtually inescapable in public life, but the company has clearly managed to resonate with at least some of its home audience. Let's just hope that Best Future avoids any awkward Broadway bits.

In this article: bestfuture, hdpostcross, korea, musical, samsung, sitcom, southkorea
All products recommended by Engadget are selected by our editorial team, independent of our parent company. Some of our stories include affiliate links. If you buy something through one of these links, we may earn an affiliate commission.