Apple TV is coming to Chromecasts with Google TV 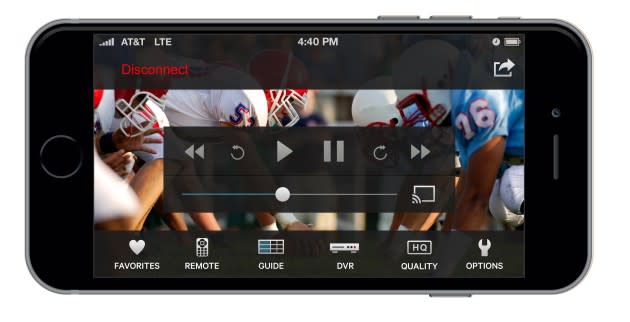 Watching Netflix or Plex streams on your Chromecast is great, but what about when the game is on? Sling has enabled its apps on iPhone, iPad and Android phones (Android tablets coming soon) to help with just that situation. Just tap the Cast button in the apps, and you can send video to Google's $35 dongle. Similar to Sling's integration with Apple TV and Roku, once the video is playing, you can use the app as a remote control, or close it and do something else while the video keeps playing. The only bad news? Chromecast support requires one of the company's newer boxes: 350, SlingTV/500 or M1. Still, both devices already make sense for frequent travelers, and now they're better together. The SlingTV is also getting a tweak, as the Android phone and iPhone apps can now control its living room UI directly, without the included remote.

In this article: chromecast, google, hdpostcross, mobilepostcross, sling, slingbox, slingtv
All products recommended by Engadget are selected by our editorial team, independent of our parent company. Some of our stories include affiliate links. If you buy something through one of these links, we may earn an affiliate commission.