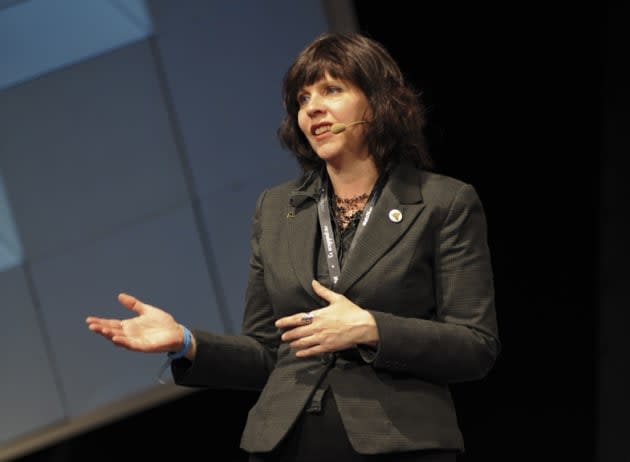 Birgitta Jónsdóttir was sitting in the audience at the Icelandic Digital Freedom Conference when John Perry Barlow, a co-founder of the Electronic Frontier Foundation called for Iceland to "become like the Switzerland of bits." Six years later, Jónsdóttir is trying to make that dream a reality. She was elected to parliament in 2009 and has proven to be one of the most tech savvy and outspoken members of Iceland's government. Last year she was one of three members of the Pirate Party elected at a national level, and she is spearheading efforts like the Icelandic Modern Media Initiative, which focuses on protecting whistle blowers, journalists' sources and ensuring the freedom of information. Some of this work has been done in conjunction with the controversial organization headed by Julian Assange, WikiLeaks. While the implementation of many of these ideas has been far from perfect, the country has made great progress towards becoming a safe haven for data, in the same way that Switzerland has become the defacto repository for wealth -- whether it was gained honestly or through less that noble means. And Jónsdóttir has pledged that she will continue to fight. Especially after discovering that she, herself, was the target of surveillance by the US Department of Justice.

In this article: Birgitta Jónsdóttir, freedom of information, government, iceland, pirate party, politics, transparency, wikileaks
All products recommended by Engadget are selected by our editorial team, independent of our parent company. Some of our stories include affiliate links. If you buy something through one of these links, we may earn an affiliate commission.