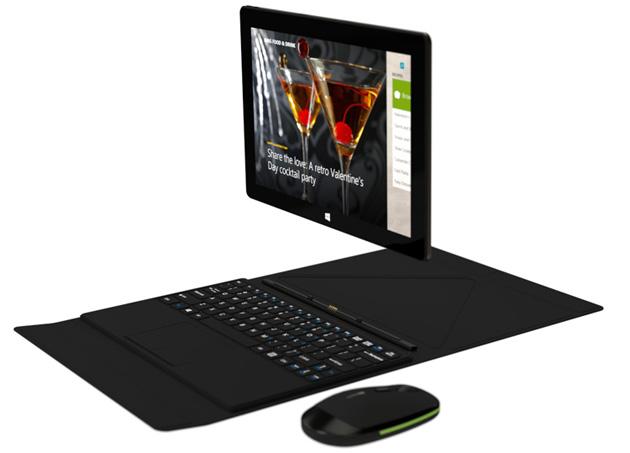 The Notion Ink Adam was a tablet with big dreams, but it hit the market with a loud flop. It's successor, the Adam II, whooshed by with almost no public notice at all. Now the company is back, but it's not trying to redesign the Android tablet anymore. No, this time the company is building a Windows 8 tablet: the Notion Ink Cain. The Cain is a 10.1-inch, 1.8GHz Intel Atom-powered tablet with 2GB of RAM, 32GB of expandable storage and a detachable magnetic keyboard. Despite a sleek design and a rather snazzy folding keyboard case, however, the Cain appears to be a fairly straightforward implementation of Windows 8: no custom apps, or skinned interface included. Less bold than the company's other ventures, but less risky too.

There's no mention of the new tablet on Notion Ink's website, but it's currently available for order at Snapdeal, one of India's most popular online marketplaces. Interested? The slate can be had for 19,990 Indian Rupees, or about $327. Check out the full product page at the source link below.

In this article: cain, Notion Ink Adam, notionink, notioninkcain, tablets, windows8
All products recommended by Engadget are selected by our editorial team, independent of our parent company. Some of our stories include affiliate links. If you buy something through one of these links, we may earn an affiliate commission.