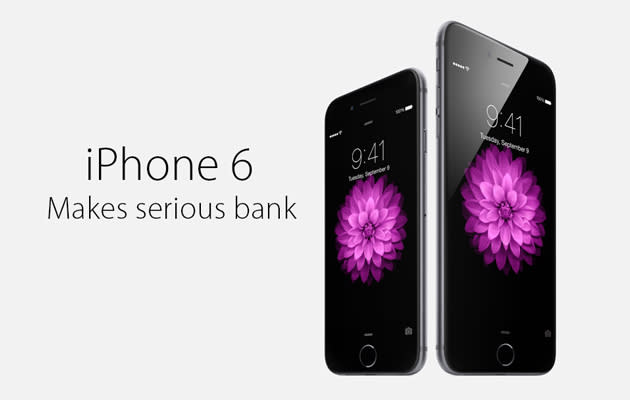 The new iPhones have been on sale for three days, which means it's time for Apple to announce how many devices it sold. Considering that the iPhone 5 hit five million sales in the same period, and the 5S and 5C earned nine million sales, it's no surprise to see that both new devices raked in a record 10 million, even without the help of China. For now, the devices are only available in 10 countries, including the US, Canada and the UK, but the company promises that 20 more countries will have units available to sell by September 26th. Unfortunately, Apple neglected to mention how many people plumped for the 6 or its bigger sibling, but that's hardly going to matter when Tim Cook wakes up and looks at the company's bank balance.

In this article: apple, iphone, iphone 6, iphone 6 plus, mobilepostcross, uk-feature
All products recommended by Engadget are selected by our editorial team, independent of our parent company. Some of our stories include affiliate links. If you buy something through one of these links, we may earn an affiliate commission.