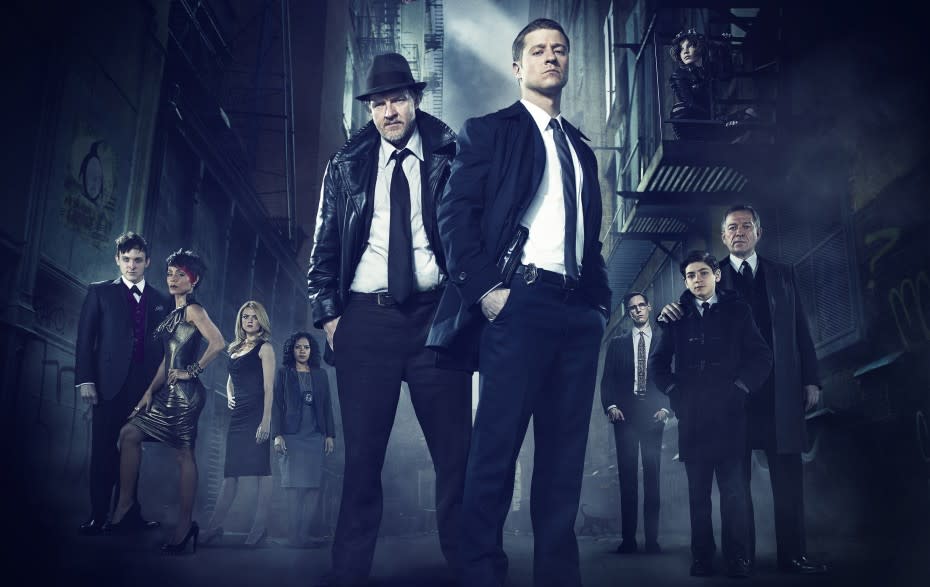 Welcome to the fall premiere season. We're welcoming back familiar shows like Key & Peele, Person of Interest, The Simpsons and The Big Bang Theory, as well as some of last year's holdovers like Sleepy Hollow, Marvel's Agents of S.H.I.E.L.D., Brooklyn Nine-nine and The Blacklist. So what about this year's newcomers? First up tonight is Gotham, an interesting Batman prequel, along with CBS' first attempt at a hacker drama/action show called Scorpion (CSI: Cyber starring Luke Perry and Bow-Wow aka Shad Moss will debut in midseason). ABC will tie the new comedy Black-ish to its long-running hit show Modern Family, and on Amazon we'll get the next block of episodes for its new show Transparent. The How I Met Your Mother complete series boxed set arrives on Blu-ray, along with a 25th anniversary edition of Ghost in the Shell, and FIFA 15 on almost all videogame consoles. Oh - and on Saturday Night Live you can expect Star-Lord himself Chris Pratt. Hit the gallery or just look after the break to check out each day's highlights, including trailers and let us know what you think (or what we missed). In this article: gotham, hdpostcross, keyandpeele, listings, MustSeeHdtv, SaturdayNightLive, scorpion, SleepyHollow, TheSimpsons, video
All products recommended by Engadget are selected by our editorial team, independent of our parent company. Some of our stories include affiliate links. If you buy something through one of these links, we may earn an affiliate commission.