Spotify is still angry at Apple 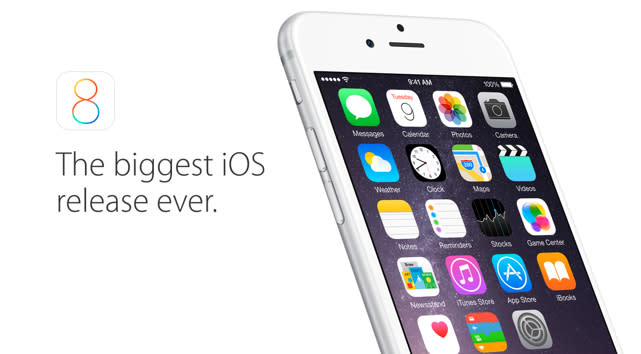 Despite getting off to a bit of a slow start -- perhaps thanks to a larger-than-ever-before space requirement -- iOS 8 seems to be doing just fine its its quest to conquer every iDevice it can. Apple has put iOS 8 adoption at 46% as of September 21st, according to iClarified. That's a solid figure considering most estimates suggested the update had reached less than ten percent of compatible iDevices after the first 24 hours.

iOS has always been great about fighting against fragmentation, and an overwhelming majority of users are always on the latest version of the mobile operating system. This makes the job of developers and Apple itself a small bit easier, knowing that they don't have to worry about a user base made up of a bunch of different versions of the platform, and it seems to be continuing with iOS 8 as well.

In this article: ios, ios 7, ios 8, iphone, news
All products recommended by Engadget are selected by our editorial team, independent of our parent company. Some of our stories include affiliate links. If you buy something through one of these links, we may earn an affiliate commission.