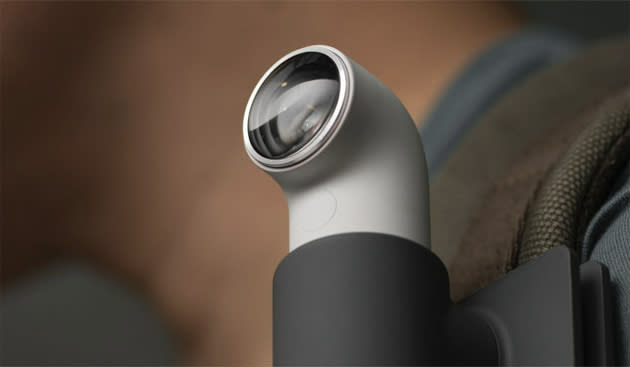 Those claims that HTC is making an action camera just got much more concrete. The company has posted both a RECamera teaser site and a video (below) which not-so-subtly hint that the adventure-oriented shooter should launch on October 8th, the same day as HTC's "Double Exposure" media event. While there aren't many giveaways in the clip, it shows both a swimming pool dive and a wide-angle lens -- this is undoubtedly a waterproof device meant to take on the likes of GoPro. There's nothing here to confirm rumors that the camera will have a 16-megapixel sensor and wireless networking, but you'll only have to wait a couple of weeks to get the full scoop.

Update: And one enterprising Redditor's found pictures of the device -- which looks like... a... periscope? The image's source has now been taken down. Darn.

In this article: actioncamera, camera, htc, mobilepostcross, periscope, pipe, recamera, submarine, video
All products recommended by Engadget are selected by our editorial team, independent of our parent company. Some of our stories include affiliate links. If you buy something through one of these links, we may earn an affiliate commission.