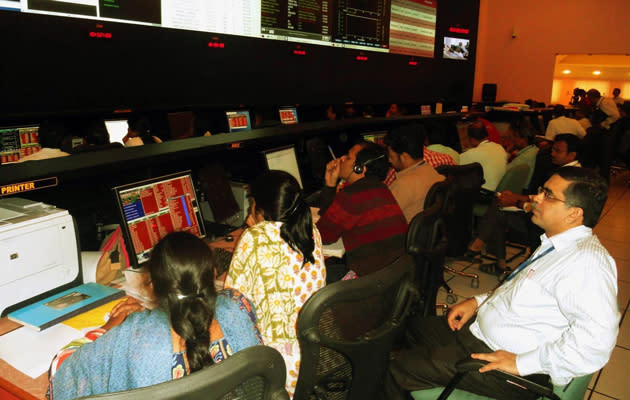 India can rightly feel proud of itself today as its Mangalyaan "MOM" satellite mission successfully entered orbit around Mars. In the process, the country has broken at least three records, including being the first Asian nation to reach the red planet and being the first country to get to Mars on the first attempt. Third on that list of achievements is that the project is one of the cheapest exploration projects in recent history, costing just $72 million -- pocket change compared to NASA's $670 million MAVEN probe and the $2 billion Curiosity Rover. India's Prime Minister, Narendra Modi, has even quipped that it cost less to launch the satellite than it cost to make the movie Gravity.

A detailed Wall Street Journal report breaks down how India was able to reach Mars so cheaply, including keeping the payload under 15 kilograms and sling-shotting the craft around the Earth to save on rocket fuel. Deputy Director of India's Space Research Organization told the Washington Post that scientists scoured the records of previous failed Mars missions in order to avoid making the same mistakes. Still, now that Mangalyaan (Hindi for "Mar's Craft") has reached orbit, it'll spend the next few months searching the atmosphere for methane in an attempt to disprove the Curiosity Rover wrong and claim that there is life on Mars.

In this article: Curiosity, India, Mangalyaan, Mars, MAVEN, Methane, MOM, Satellite
All products recommended by Engadget are selected by our editorial team, independent of our parent company. Some of our stories include affiliate links. If you buy something through one of these links, we may earn an affiliate commission.