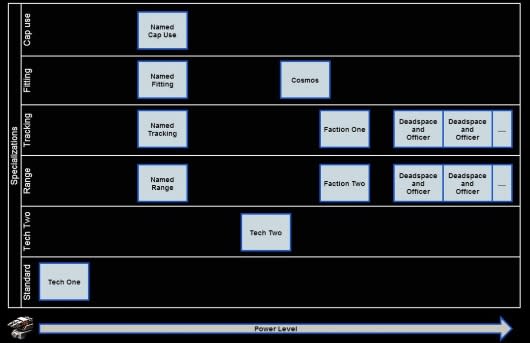 One thing that we're becoming increasingly convinced about the purpose of EVE Online's dev diaries is that they are secret recruiting and training grounds for future CCP employees a la The Last Starfighter. If you're willing to chew through thousands of words and a dozen or so charts on something called "Module Tiericide," then you should be awarded with a salary plus benefits.

That theory aside, today's new Oceanus dev diary explains (at great length) how the team is retuning its approach to module balance in order to give all ships significant strengths and weaknesses and purposes. One such change is that named modules are on their way out: "Our solution to this problem is to replace the meta-based named module system with a new role-based system."

CCP promises that this is but part of the overall and continuing effort to balance ships and prepare for new additions to the game.
In this article: balance, ccp, ccp-games, dev-diary, eve, eve-online, internet-spaceships, modules, named-modules, oceanus, preview, sandbox, sci-fi, ship-balance, spreadsheets-online
All products recommended by Engadget are selected by our editorial team, independent of our parent company. Some of our stories include affiliate links. If you buy something through one of these links, we may earn an affiliate commission.