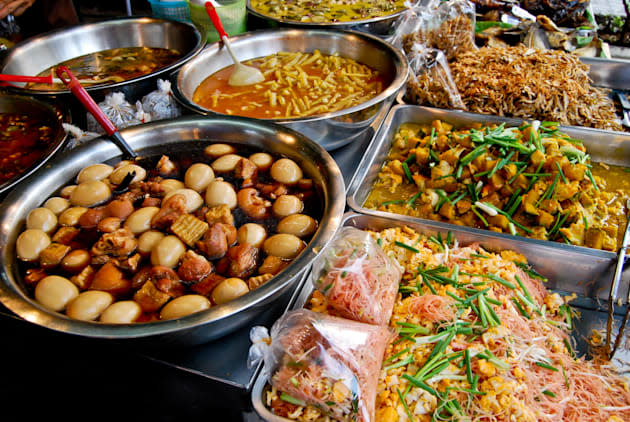 The authenticity of native eats can vary from generation to generation, or country to country if you're eating in a place different than where a dish was originally created. But that's not to say there aren't cases in which things are cooked and made the right way. Thailand, as you're likely aware, is home to some delicious food, and the government now wants to make sure that its most popular dishes are being represented well. To do so, "e-Delicious," a robot capable of tasting food and making sure it meets various quality standards, was built. The idea came from Thailand's Prime Minister, Yingluck Shinawatra, as she became interested in fighting against bad Thai food in Thailand and elsewhere across the world.

This new machine is equipped with 10 sensors capable of tasting and smelling food, which then uses gathered data to compare it against a "government-approved" grade from a dish of the same type. And just like that, it's able to determine how authentic the Thai food you made is -- anything above an 80 percent match is deemed a hit. Let's hope "e-Delicious" works as intended, because there's a lot of food here in NYC claiming to be authentic which could use a quick reality check. You'll find pictures of it at the source link below.

In this article: Food, Robot, Robotics, Robots, Thai, Thai food, ThaiFood, Thailand
All products recommended by Engadget are selected by our editorial team, independent of our parent company. Some of our stories include affiliate links. If you buy something through one of these links, we may earn an affiliate commission.