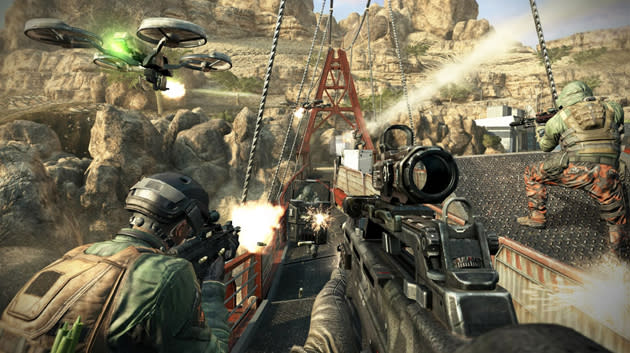 If you felt that Call of Duty: Black Ops II presented an eerily plausible vision of war in the years ahead, you're not alone. The Atlantic Council, a political think tank, has asked Black Ops II director Dave Anthony to contribute to an "Art of Future Warfare" project that looks at fiction as a possible insight into next-generation conflicts. As he explains, the next big threat to the US probably doesn't fit into conventional definitions of war -- a game developer can imagine fantastic scenarios that might just come true, such as Black Ops II's drone assault on a G20 meeting. This isn't the same as directly guiding US policy, so Anthony's effect will likely be limited. However, it won't be surprising if the country is eventually better prepared for high-tech terrorists and other dangers that it otherwise wouldn't have anticipated.

In this article: atlanticcouncil, blackops2, blackopsii, callofduty, daveanthony, war, wargadget
All products recommended by Engadget are selected by our editorial team, independent of our parent company. Some of our stories include affiliate links. If you buy something through one of these links, we may earn an affiliate commission.