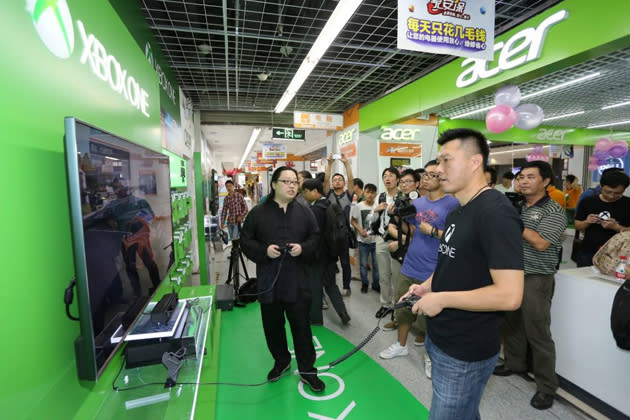 Chinese gamers have just witnessed their first major console launch since authorities lifted their 13-year ban on most video game systems. Following a last-minute delay, Microsoft has released the Xbox One in mainland China; people in 37 cities across the country can now pick up a shiny new machine without having to resort to unofficial channels. There are only 10 government-approved games on offer from day one, including Dance Central: Spotlight and Forza Motorsport 5, but over 70 China-friendly titles are supposed to be in the works. As for Sony? It has yet to confirm just when the PlayStation 4 reaches China, but it's doubtful that the company will be far behind -- it won't want to give Microsoft too much of a head start.

In this article: china, console, gaming, microsoft, videogames, xboxone
All products recommended by Engadget are selected by our editorial team, independent of our parent company. Some of our stories include affiliate links. If you buy something through one of these links, we may earn an affiliate commission.