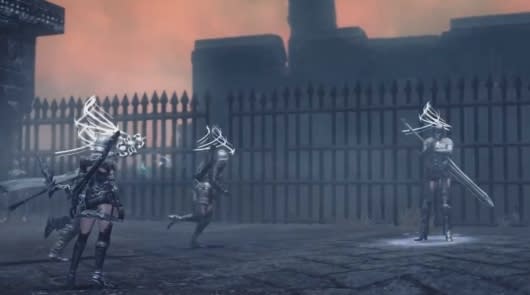 Have you been hankering for something new to do in Archlord 2? If so, you'll be happy to know that the game's first major update has gone live, bringing with it a level cap increase to 46 along with new contested areas and new dungeons. The new dungeons are aided by the introduction of a flesible system that allows you to take on the challenges within in a group of varying size; the enemies therein will scale to provide differing challenges.

Meanwhile, the Morning Dew Desert is a new map for the game's factions to clash over, and a new Skirmish pits two teams of five against one another in a capture-and-hold battle. Last but not least, the first version of the eponymous Archlord system is being rolled out as well; it allows players to compete in battlegrounds in hopes of winning the title -- and the items and skills that come along with it. Check out the trailer just past the break.

In this article: archlord, archlord-2, f2p, fantasy, free-to-play, patch, patches, pvp, trailer, trailers, update, updates, video, videos, webzen
All products recommended by Engadget are selected by our editorial team, independent of our parent company. Some of our stories include affiliate links. If you buy something through one of these links, we may earn an affiliate commission.