The Grammy Museum built a streaming service to share its archives 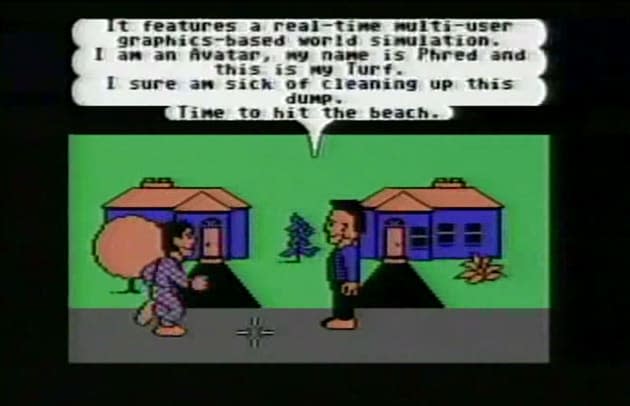 Thought you were old-school for playing Everquest and Ultima Online? Step back, son: those games are spring chickens next to 1986's premier virtual world: LucasFilm's Habitat. Don't fret if you haven't heard of it -- the Commodore 64-powered online world only lasted for two years and was exclusive to Quantum Link, an ISP that would eventually evolve into America Online. Habitat seems fairly basic by today's standards, but it was a breakthrough in its own era, featuring support for thousands of simultaneous players in a self-governed virtual world. It's gaming history, and Alex Handy, founder and director of the Museum of Art and Digital Entertainment in Oakland, is trying to revive it.

The project almost came about by accident -- Handy was working on a retrospective of Lucasfilm titles, and reached out to Habitat co-creator Chip Morningstar to see if he had any of the game's old source code. Turns out he had all of it, but that itself isn't enough to rebuild the game. Not only is Habitat limited by its exclusive service provider and ancient console, but the game's servers ran on the obscure and defunct Stratus Nimbus. Luckily, an old Stratus employee was willing to donate an old Nimbus to the cause, giving the museum the hardware it needs to try and relaunch one of the world's oldest online games.

Now Handy is in the last stretches of his project. This past weekend, he assembled a team of folks from Commodore, AOL (Engadget's parent company), Q-Link and even the game's original creators: Randy Farmer and the aforementioned Chip Morningstar. Over 12-hours the group sifted through old code and reverse engineered the Q-Link server code that ran Habitat in the old days. The game still isn't up and running, but by the end of the day they had their proof of concept: a single Habitat room with just one active player in it. The player avatar doesn't have a head, and it can't actually do anything, but it means that the team can now communicate with the server from an emulated Commodore 64 client.

It's only a matter of time before Handy is able to get the game back up and running, something he says will happen much faster if he can manage to find the server source code for the old Q-Link service. Know where to find it? Hit up the source link below -- the museum would love to hear from you.

In this article: archives, gaming, Habitat, MADE, Museum of Art and Digital entertainment
All products recommended by Engadget are selected by our editorial team, independent of our parent company. Some of our stories include affiliate links. If you buy something through one of these links, we may earn an affiliate commission.