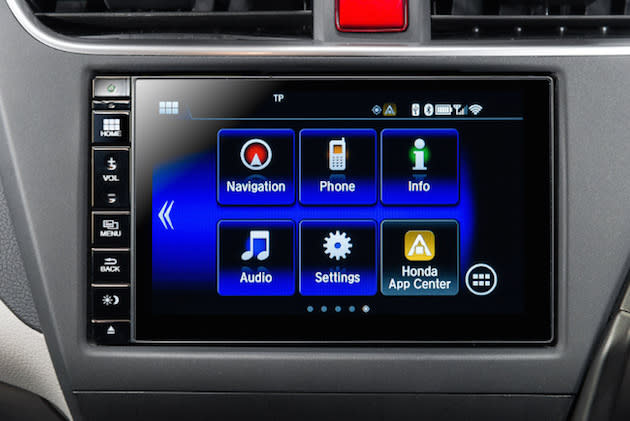 Curious as to just which Honda models you'd see Android pop up in first? If you had money on the 2015 Civic, Civic Tourer and CRV it's time to collect your prize from the pool. Google's mobile OS will appear as standard equipment in those vehicles with a little help from Nvidia, naturally, and as the GPU giant tells it, Honda Connect will be the first infotainment system to run embedded Android on a Tegra chipset. Nvidia says that Connect will sport a 7-inch customizable touch-screen display that acts a lot like what you'd expect from a smartphone or a slate. Naturally that means there are swipe, pinch and zoom gestures along with an app store for the Ice Cream Sandwich-based system. How this will all play with Android Auto, though, remains to be seen.

In this article: android, androidauto, automobile, civic, google, honda, hondaconnect, IcecreamSandwich, mobilepostcross, nvidia, Tegra, transportation
All products recommended by Engadget are selected by our editorial team, independent of our parent company. Some of our stories include affiliate links. If you buy something through one of these links, we may earn an affiliate commission.