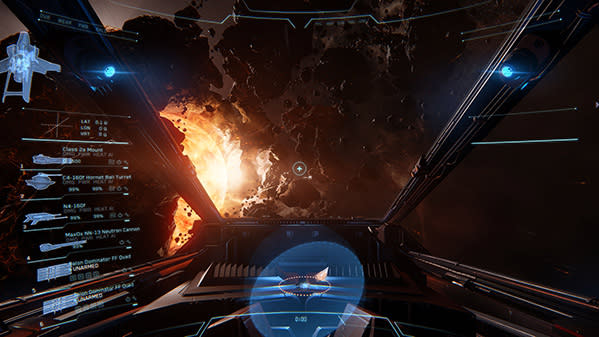 ​Funding for the space simulation and action game began with a $6 million Kickstarter project in November 2012. "Ship sales and new members of our community are the two main fund raising sources," Roberts said of Star Citizen, which reached $50 million in support in August.

The Wing Commander creator discussed the game's wildly successful and seemingly endless crowdfunding campaign, assuring fans that "there is no venture capitalist wanting a massive return in three years" once Star Citizen eventually launches in full. Roberts said that the funding isn't all profit for the developer, but that his "intention is for all the money we bring in before launch to be spent on development," as seen in the growth of the game's development team, which now numbers more than 280 people. "It is the community, from the existing backers who continue to support the game, to new members who join every day who are setting the level of ambition and budget for Star Citizen," Roberts added.

[Image: Roberts Space Industries]
In this article: chris-roberts, CrowdFunding, fund-raising, funding, guinness-book-of-world-records, guinness-world-records, kickstarter, pc, roberts-space-industries, simulation, space, star-citizen
All products recommended by Engadget are selected by our editorial team, independent of our parent company. Some of our stories include affiliate links. If you buy something through one of these links, we may earn an affiliate commission.