Steam's profanity filters put you in control of chat content 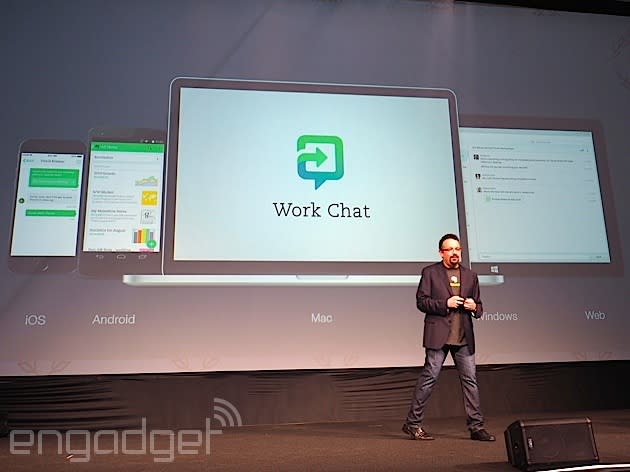 In an effort to make Evernote a more efficient workspace, CEO Phil Libin announced a new chat feature in its note-taking app. Simply called Work Chat, it's meant as a collaboration tool for the workplace where coworkers can communicate and work together on a document or a project in real time. Not only will you be able to see who's viewing the note, but you can also see if they're looking at it from the desktop or mobile. Unlike Google Docs, you'll also be able to see at a glance who's working on all of your shared documents at the time that they're doing it. "We're trying to break the tyranny of the inbox," says Libin. "We want to reduce your dependence on that." Realistically, he says that we'll never be free from email, but he would like Work Chat to help alleviate that burden. Work Chat should be available for all platforms -- Android, iOS, Mac, PC and web -- later this year.

In this article: chat, evernote, workchat
All products recommended by Engadget are selected by our editorial team, independent of our parent company. Some of our stories include affiliate links. If you buy something through one of these links, we may earn an affiliate commission.