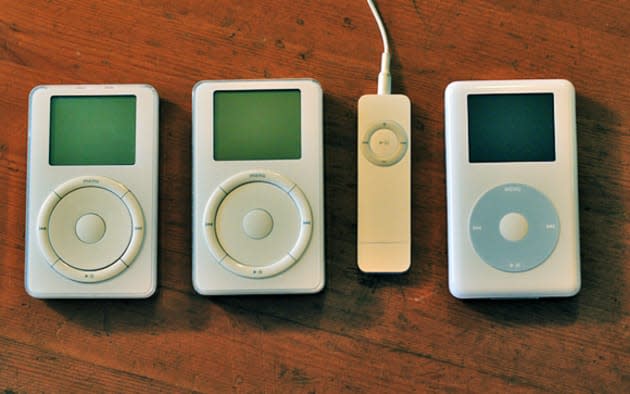 Once upon a time, music purchased in Apple's iTunes store was saddled with a DRM technology called "FairPlay." It did just what you'd expect: keep unauthorized computers and devices from playing music purchased on the service. It's gone from Apple's music store now (but can still be found in eBooks and apps), but it's still making waves: Apple is facing a $350 million anti-trust suit claiming the DRM was used to stifle market competition.

The case has been brewing for years, but was only recently approved to move forward for a jury trial. The plaintiff's lawyers (who represent a class of customers affected by the accusations) argue that Apple used FairPlay to forcefully "lock in" customers to its own ecosystem by making it difficult for them to jump ship to another platform. Real Network's music store (circa 2004) is repeatedly used as an example: updates to Apple FairPlay consistently blocked songs purchased on RealPlayer from being transferred to iPods. This system also limited where songs purchased on iTunes could be played -- if someone wanted to switch out of Apple's ecosystem, they'd have to re-buy all their old music.

The sum, the plaintiffs argue, is that Apple intentionally made it difficult for its customers to leave its ecosystem, bolstering its own monopoly in portable music players and violating anti-trust laws. Apple says there's no evidence that its decade-old squabble with Real had any notable effect on iPod pricing or dominance, pointing out that Real only cornered a mere 3-percent of the market at the time. It's an interesting argument, but it wasn't enough to stop the trial from moving forward. Apple's old DRM will have its day in court on November 17th.

In this article: drm, iTunes, music, RealNetworks
All products recommended by Engadget are selected by our editorial team, independent of our parent company. Some of our stories include affiliate links. If you buy something through one of these links, we may earn an affiliate commission.