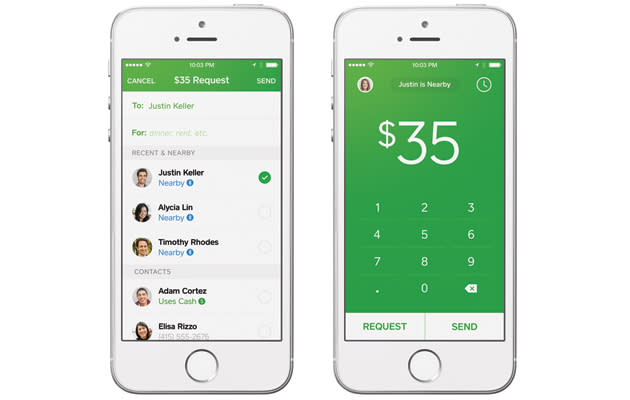 Square Cash made its debut earlier this year, allowing you to repay your pals after a night of drinks without actually exchanging bills. After adding the ability to beam funds via text message back in August, the payments outfit tossed in another option today. Using the iOS 8 version of app, you can now send money over Bluetooth LE -- so long as your friends are in range. You know, for immediately reimbursing the person at the other end of the table who just picked up the entire check. The software will display when Cash users are nearby (within 250 feet), and allows you to approve or reject requests by swiping of a push notification. While Cash is also available for Android, the new Bluetooth feature is iOS-only for now.

In this article: mobilepostcross
All products recommended by Engadget are selected by our editorial team, independent of our parent company. Some of our stories include affiliate links. If you buy something through one of these links, we may earn an affiliate commission.