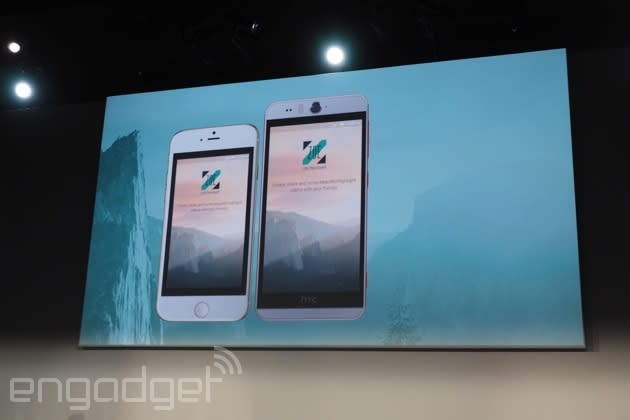 HTC revealed its plan to turn Sense feature Zoe into a full-on social network a couple months back. Today, the company announced that the photo and video-sharing app is exiting its open beta, and is available for compatible Android devices (4.3 and above). If you're in need of a refresher, Zoe lets you turn snapshots and video clips into highlight reels (Zoes) with music included. It also allows your pals to "remix" photos and videos with yours for collaborative efforts that can now be 7, 15 or 30 seconds in length. And as you might expect, Zoe works with footage from the company's newfangled RE action cam to produce the final product, should the need arise. So what about the iOS app? While the Android faithful can nab the software today, HTC says that the version for Apple's gadgets will arrive "later this year." For now, the curious can take a closer look at the iOS app in the gallery down below. 4
In this article: android, app, clips, htc, ios, mobilepostcross, photography, photos, software, video, zoe
All products recommended by Engadget are selected by our editorial team, independent of our parent company. Some of our stories include affiliate links. If you buy something through one of these links, we may earn an affiliate commission.