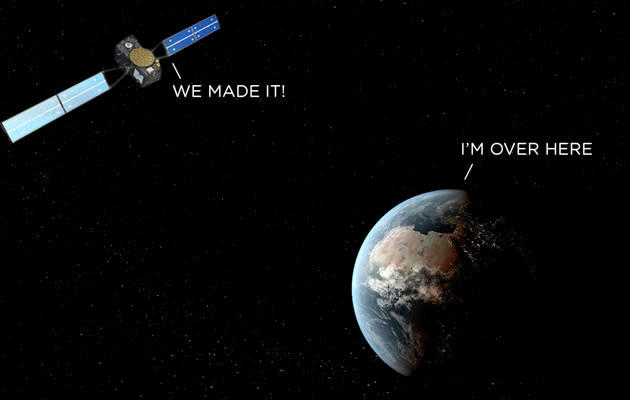 Remember those two European satellites that went spectacularly off-course in August? Well, it turns out that the reason the vessels entered into the wrong orbit was due to frozen fuel lines. Space Travel reports that pipes containing the Russian Soyuz rocket's (which put the satellites into space) propellent were placed too close to some pretty frigid helium lines, which in turn restricted the flow of fuel to a pair of altitude control thrusters and subsequently caused a lack of power. The good news is that this "design flaw" is apparently fixable easily and immediately for future missions. That won't help the Galileo GPS satellites for now however, because they don't have enough fuel to reach the intended orbit. Assuming there's enough money to go around there's always next time, at least.

In this article: alt, EU, Galileo, malfunction, SatNav, soyuz, space
All products recommended by Engadget are selected by our editorial team, independent of our parent company. Some of our stories include affiliate links. If you buy something through one of these links, we may earn an affiliate commission.