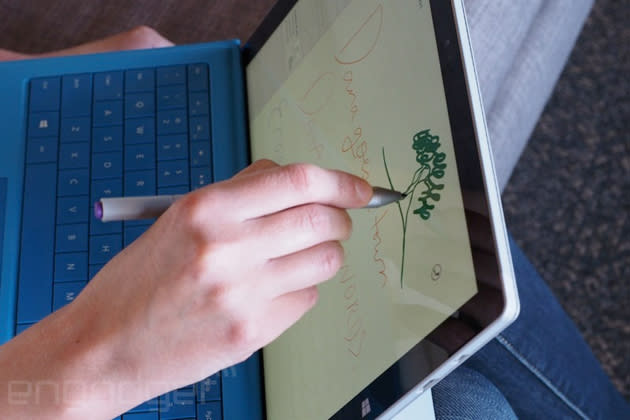 The Surface Pro 3's pen is arguably a defining feature, but you haven't had official control over it so far. As of now, though, you finally get some say over the stylus' behavior. Microsoft has posted a Surface Hub app that lets you customize both the pen's pressure sensitivity and its top button. Right now, the software isn't likely to please demanding artists and note-takers -- you don't have fine-grained sensitivity tuning, you can't launch any app you like and the side buttons are strictly off-limits. The crew in Redmond is willing to add features based on feedback, so don't be afraid to pipe up if you have dreams of launching Photoshop with a single thumb press.

In this article: microsoft, pen, software, stylus, surface, surfacehub, surfacepro3, tablet
All products recommended by Engadget are selected by our editorial team, independent of our parent company. Some of our stories include affiliate links. If you buy something through one of these links, we may earn an affiliate commission.