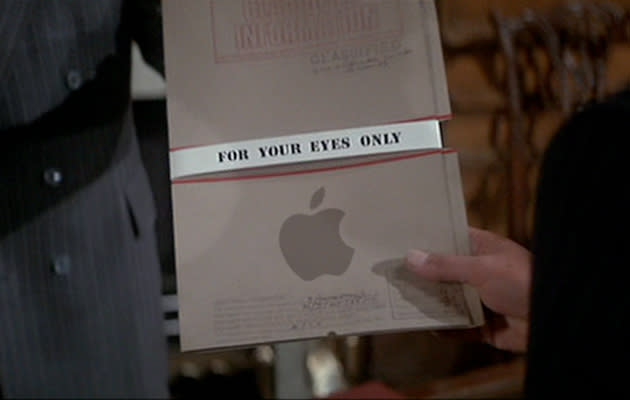 For a company that's obsessed with secrecy, it's no surprise to see that Apple imposes tight restrictions on what its suppliers can say. If your company leaks a product, or starts boasting about producing components for a future iOS device, then you'll be asked to pay a fine of no less than $50 million. That's chump change for a company like Samsung, but a fortune for smaller outfits that may produce only one or two small pieces. Speaking of which, this fact only emerged thanks to GT Advanced Technologies, which has just filed for Chapter 11 bankruptcy after deciding to close and sell-off its loss-making sapphire crystal manufacturing facilities.

GT had originally been tipped to produce sapphire crystal displays for the iPhone 6, but when both handsets launched, they were said to use "ion-strengthened glass." The announcement sent GT's share price tumbling, and now it needs the court's help to save it from total collapse, since it owes Apple almost $600 million in advance payments for displays it won't or couldn't use. GT, however, has petitioned a New Hampshire district court to help declare Apple's "oppressive" non-disclosure agreement to be null and void, saving it from the penalty and helping it to convince buyers that it's worth picking up the valuable sapphire crystal production hardware. Of course, the knock-on effect is that the company will then be able to reveal what Apple was planning to do with the technology, which we imagine won't sit well with those privacy-focused folks over in Cupertino.

In this article: apple, Bankruptcy, Chapter 11, GT, GT Advanced Technologies, mobilepostcross, Sapphire Crystal
All products recommended by Engadget are selected by our editorial team, independent of our parent company. Some of our stories include affiliate links. If you buy something through one of these links, we may earn an affiliate commission.