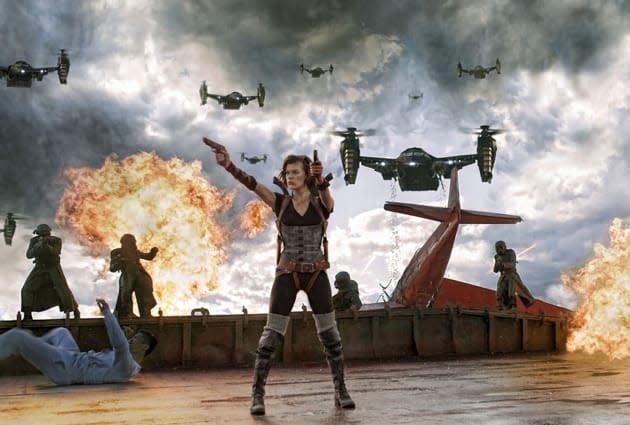 If you love Zombies, but find The Walking Dead's narrative a little too serious, pay attention: a campier option is coming soon. Constantin Film, the production group behind the Resident Evil movies has announced that the franchise is being adapted for television. It's part of a larger movement to put the company's properties on the small screen: Mortal Instruments and Perfume are also being re-worked for television. It's not clear if the Resident Evil series will be based on the movies or a new storyline derived from the video game source material, but you'll get at least one more adventure in the current film's universe before it debuts -- Constantin Film says the TV show won't launch until after it completes the 6th Resident Evil feature film.

In this article: film, gaming, hdpostcross, residentevil, tvshow
All products recommended by Engadget are selected by our editorial team, independent of our parent company. Some of our stories include affiliate links. If you buy something through one of these links, we may earn an affiliate commission.