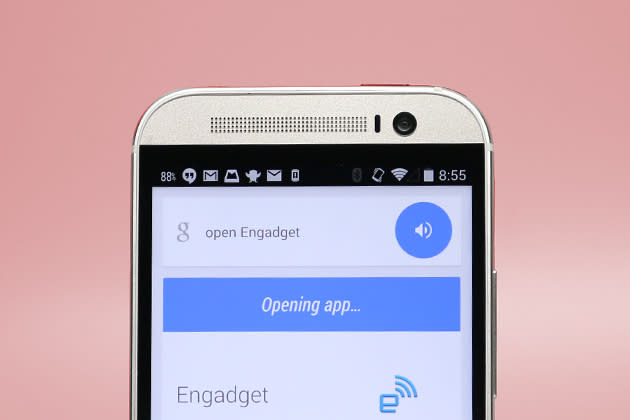 Want to do what all the cool kids do? Talk to your smartphone, apparently. Google has commissioned a study showing that American teens are considerably more likely to use voice search on their devices than adults. About 55 percent of the 18-and-under crowd uses Cortana, Google Voice Search or Siri more than once a day, while 41 percent of grownups do the same. That number climbs to an even higher 75 percent for teens glued to their phones 11-plus hours a day. Younger users aren't worried about social stigmas, either -- they're far more likely to use voice commands when friends are around (57 percent versus 24 percent). About 45 percent of adults, meanwhile, are self-conscious about their geekiness when they speak to their devices.

As for how people use voice? Teens are more likely to rely on it when they want to call someone, and they naturally use it for youthful tasks like homework advice, playing music and checking movie showtimes. Their boring parents tend to use these commands more often for directions and text messages. The findings aren't completely surprising -- as a general rule, the younger crowd tends to embrace new technology more quickly -- but they do suggest that voice is only going to play a bigger role in smartphones going forward.

In this article: android, cortana, google, googlenow, googlevoicesearch, ios, mobilepostcross, smartphone, teen, teens, voice, voicecontrol, voicesearch, windowsphone
All products recommended by Engadget are selected by our editorial team, independent of our parent company. Some of our stories include affiliate links. If you buy something through one of these links, we may earn an affiliate commission.