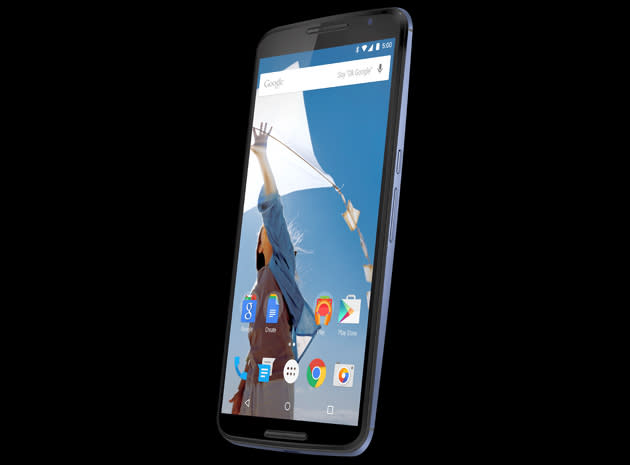 You may have already seen concepts and sketchy photos of Google's long-fabled 6-inch Nexus, but it now looks like the final veil of secrecy has been removed from this future Android flagship. Evan Blass (aka @evleaks) has posted an apparent leaked press image for the new smartphone that supports many of the existing rumors. The massive screen full of Android L imagery is likely the biggest giveaway, but the device also has the Moto X-style grilles and side trim that many have been expecting from the reportedly Motorola-made device. There aren't any new hints as to when this supersized hardware would arrive, and it's still not completely certain that this is what you'll eventually hold in your hands. However, Google's tendency to unveil new Nexus gear around October or November suggests that you won't have very long to wait.

In this article: android, androidl, evleaks, google, mobilepostcross, motorola, nexus, nexus6, shamu, smartphone
All products recommended by Engadget are selected by our editorial team, independent of our parent company. Some of our stories include affiliate links. If you buy something through one of these links, we may earn an affiliate commission.