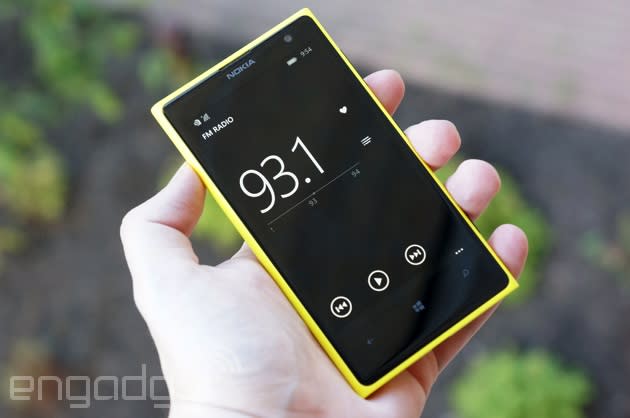 You may think that radio is dying in an era when on-demand music streaming is nearly ubiquitous, but some of the world's biggest broadcasters (unsurprisingly) disagree. The BBC, Clear Channel, HD Radio's Ibiquity and a handful of others are researching a "hybrid" radio format that would give smartphone users the advantages of reliable, low-intensity digital or FM radio with the interactivity and "enhancements" of internet streaming. In theory, this would keep your costs down and your battery life up without giving up the creature comforts of modern technology.

Supposedly, there's a lot of demand for this -- a BBC-commissioned study claims that the "majority" of smartphone owners want radio of some kind, and two thirds of them liked the idea of hybrid radio. Whether or not it pans out as hoped is another matter, though. There's no definite timetable for when this hybrid format would be ready, and getting manufacturers to cooperate may be tough. Apple, Microsoft and others frequently have a vested interest in promoting internet-only radio services, and access to DAB or FM isn't usually a major factor in phone purchases. Even so, don't be surprised if your next phone puts a bigger emphasis on broadcasts.

In this article: broadcast, dab, fm, fmradio, hybridradio, internet, internetradio, mobilepostcross, radio, smartphone
All products recommended by Engadget are selected by our editorial team, independent of our parent company. Some of our stories include affiliate links. If you buy something through one of these links, we may earn an affiliate commission.