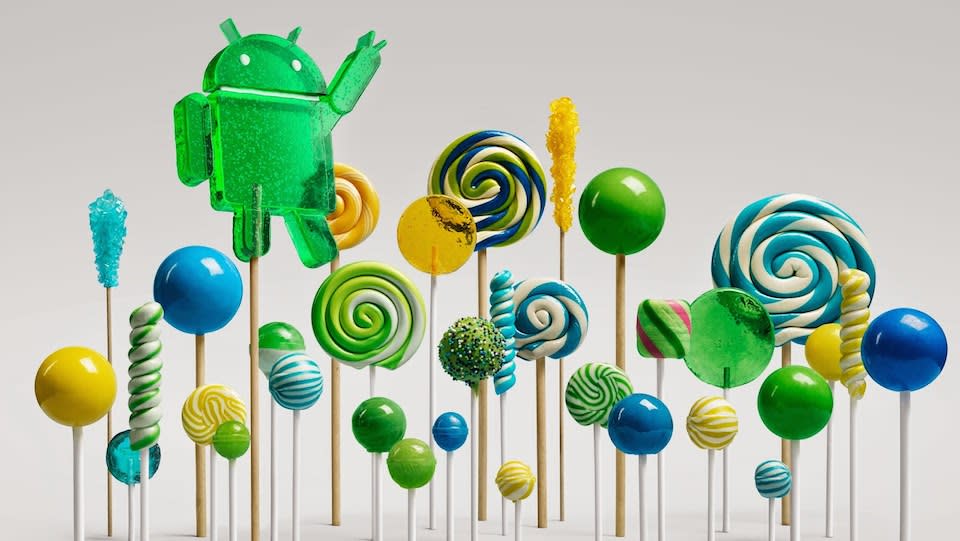 Google has just revealed that the next major version of Android, 5.0, will be known as Lollipop. After months of teasing the OS, the search giant is finally taking what was previously known as Android "L" into the mainstream, with the first set of the devices expected to arrive early next month. Speaking of which, Android Lollipop will make its debut on the new Nexus 6, a big-screen smartphone from Motorola; the Nexus 9, an 8.9-inch tablet made by HTC; and the Nexus Player, a $99 media-streaming box with Android TV, the first one with Google's novel home entertainment platform. What's more, the company confirmed that Lollipop is coming to the Nexus 5, Nexus 7 and Nexus 10, as well as Google Play edition devices, in the coming weeks.

To make things better, Android 5.0 is also headed to a number of Motorola smartphones, such as both generations of the Moto X and Moto G (including the LTE model), Moto E, Droid Maxx, Droid Mini and Droid Ultra. Motorola didn't say when exactly the upgrade would be available for those devices, but at least it has confirmed its plans to do so. Now that Google's let the Lollipop out of the bag, we're sure more manufacturers are due to start coming forward with their own announcement.

The Android 5.0 SDK is going to be available on Friday, October 17th, which means everything is slowly, and sweetly falling into place ahead of next month. In the meantime, stay tuned, because we'll be updating this post if any additional details come in.

In this article: Android 5.0, Android L, Android Lollipop, Android5.0, AndroidL, AndroidLollipop, google, hands-on, Lollipop, mobilepostcross
All products recommended by Engadget are selected by our editorial team, independent of our parent company. Some of our stories include affiliate links. If you buy something through one of these links, we may earn an affiliate commission.