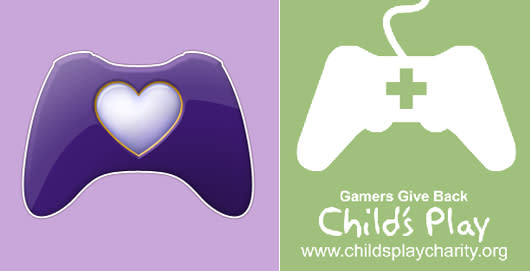 On October 17, the fourth annual Indie Games for Good marathon begins, with all proceeds directly and fully benefitting the Child's Play Charity.

The festivities will be broadcast live and feature "over 100 independently developed games, many of which will be chosen by the viewers who make donations." As part of the charity marathon, viewers will have an opportunity to win prizes via giveaways and raffles as well as participate in live auctions.

The Indie Games for Good charity notes that in its four-year life, the group has played over 240 hours for charity and raised more than $30,000. All donations toward the event will go directly to Child's Play, ensuring the organization founded on the principle of bringing entertainment to sicks kids worldwide will be awarded every cent from viewers.

The marathon begins October 17 at 12pm PT and will be available for your viewing pleasure on the Indie Games for Good website. The length of the marathon is linked directly to the amount of money raised. To date, this year's event has already raised over $1,000, promising at least 50 hours of marathon entertainment.
In this article: charity, childs-play, indie-games-for-good
All products recommended by Engadget are selected by our editorial team, independent of our parent company. Some of our stories include affiliate links. If you buy something through one of these links, we may earn an affiliate commission.