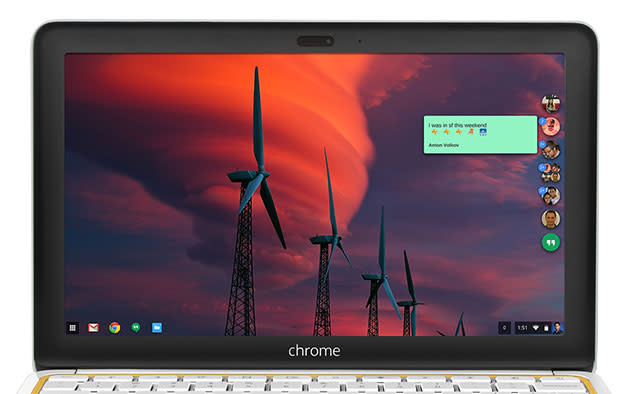 The Wall Street Journal has just reported that Hiroshi Lockheimer, Google's current VP of engineering for Android, is now also in charge of the Chrome engineering team. According to the paper's internal sources, the shift is part of an effort to unify the two divergent operating systems. Seeing as the company is already working on bringing Android apps to Chromebooks, that doesn't seem too farfetched. Additionally, the WSJ notes that co-founder Sergey Brin has previously mentioned that the two OSes will likely converge over time. As part of this management shift, Linus Upson, the previous VP of engineering for Chrome, has reportedly left that role. The publication adds that Lockheimer will specifically be in charge of operating system matters, and not the Chrome browser, Chromecast or Chromebook hardware.

In this article: android, chrome, google
All products recommended by Engadget are selected by our editorial team, independent of our parent company. Some of our stories include affiliate links. If you buy something through one of these links, we may earn an affiliate commission.