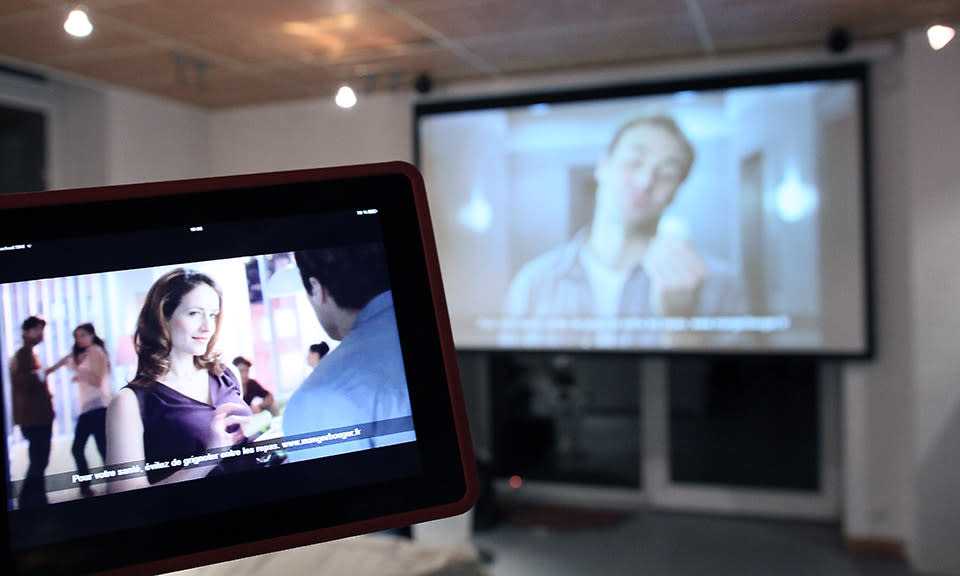 The Xbox One's €29.99/£24.99 TV Tuner is now available, but it's far from just a glorified channel changer for Microsoft's console. As we mentioned, it came out only in Europe because many of us across the pond get our TV fix from over-the-air (OTA) digital TV, while most Americans have cable. But it's opened up a lot of handy new TV watching features on the Xbox and on mobile devices with SmartGlass, too. You can now watch DVB-T, DVB-T2 and DVB-C digital TV, pause, rewind or fast forward live TV, change channels using SmartGlass and even watch TV directly on a mobile device. For a console that wants to be your entertainment hub, that's a load of pertinent features -- to see how it works, read on. Like everybody else in the French countryside, I have a TV antenna that magically brings me 30-odd digital channels when it's hooked up to a "décodeur TNT." So all I had to do is plug the coax cable into the Xbox One's TV Tuner, and the USB end of the tuner into the Xbox itself. If you have the October Xbox update, it automatically detects the device and then finds all your channels. It then gave me the option of pausing, rewinding and fast-forwarding live TV, in exchange for 4GB of hard disk space. From there, I started watching programs, using the Xbox controller to change channels via the OneGuide, favorites or a pop-up, on-screen menu. Microsoft told me that the Xbox One Media Remote would give similar functionality, and is probably a better choice for non-gaming TV viewers.

One small note: though it can perform limited time-shifting functions, the Xbox One still can't record live TV programs. I hope Microsoft eventually adds that function, since timeshifting obviously means it's capable, provided you're willing to give up some disk space. Next up: voice control. Yes, once I figured out how to pronounce Xbox in French (eeks-boax), the easiest way to change channels was to shout commands at the Kinect. Rather than a number, you can tell it which channel you want to watch by name, as in "watch Canal+." If it doesn't understand, it'll provide a helpful list of commands. You can also access the OneGuide by voice, or just say something like "Xbox, what's on Canal+?" and get more info that way, as shown above. (The screens are in French because Microsoft strictly region-locks languages to the country you're located in, something many gaming ex-pats aren't thrilled with.) The best part of the new Xbox One TV Tuner is SmartGlass. The new version of the app brings full control of all TV functions, letting you change channels, view the OneGuide, and even watch live TV directly on your mobile device. Unfortunately, the latter feature is only on iOS and Windows Phone devices for now, and not Android. That said, it worked perfectly on my iPad, with a sharp, clear image, particularly on HD channels. Mobile viewing only works on your local home or work network, and there's about 3-second delay from live TV due to buffering.

Another great way of using your smartphone or tablet is to snap the TV Tuner view straight into any game (see below). That lets you keep track of a ball game or show and pause, fast-forward or rewind it without interrupting a round of Forza 5. Overall, SmartGlass proved to be the most convenient way to navigate channels and use OneGuide -- and I didn't even have to bust out my nasty French accent. So the verdict? The Xbox One TV tuner is a handy way for us Europeans to get rid of our OTA boxes, eliminate a lot of clutter and gain a bunch of extra functionality. Having voice and Smartglass control over your TV viewing is nice, and being able to pause and skip through live TV programs is a huge bonus. The only drawbacks? Microsoft needs to streamline the operation of the system a bit, as certain functions (like flipping channels) are easier with a bog-standard remote. And of course, we strongly hope that Microsoft enables DVR recording at some point. Once that happens, you can look for my existing over-the-air decoder box on eBay.

In this article: Television, TV Tuner, Xbox One
All products recommended by Engadget are selected by our editorial team, independent of our parent company. Some of our stories include affiliate links. If you buy something through one of these links, we may earn an affiliate commission.