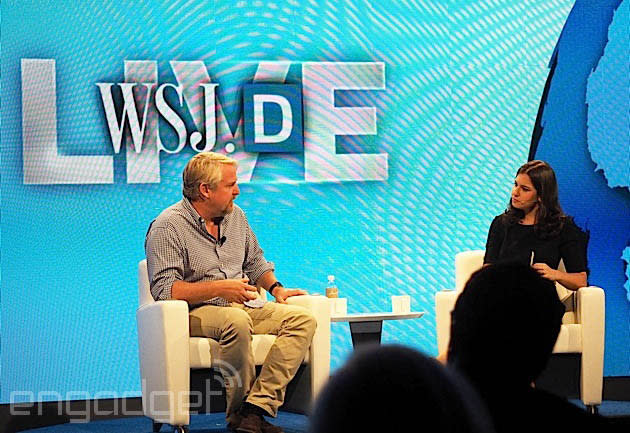 Google X is always looking for the next moonshot. The semi-secretive lab where the company has tested everything from self-driving cars, to internet broadcasting balloons has had a real fixation on health and longevity recently. The latest project involves using tiny nanoparticles that patrol the body looking for early signs of cancer or other diseases. Basically the particles, which would be just a thousandth of the size of a red blood cell, would be designed to bind to specific cells or proteins. One of the suggested delivery methods is to swallow a particle-packed pill. A magnetic wearable would then attract and count the particles, hopefully delivering an early warning to doctors. Andrew Conrad, head of the Life Sciences team at the Google X, revealed the project at The Wall Street Journal's WSJD Live conference. He said that he hopes this will provide a one-stop-shop for medical testing eventually, but acknowledged that we're probably about five years off from any serious implementation.

There are obvious technological hurdles to overcome -- finding the right coatings to bond with cells, finding an appropriate delivery method, and building a wearable with long enough battery life -- but the social challenges might be even larger. The public is already wary of providing any more information than necessary to large companies, especially ones like Google that rely on collecting data about its users to make money. Conrad says that Google wouldn't directly collect or store the medical data. Instead it would license the technology to third parties, but that may not be enough to ease the minds of an understandably paranoid public.

Several hundred Googlers are already committed to the project, and their expertise range from astrophysics to chemistry. "We're trying to stave off death by preventing disease," said Conrad. "Fundamentally our foe is death."

In this article: Andrew Conrad, cancer, google, google x, health, medicine, screening
All products recommended by Engadget are selected by our editorial team, independent of our parent company. Some of our stories include affiliate links. If you buy something through one of these links, we may earn an affiliate commission.