Hugo Barra leaves Xiaomi and will return to Silicon Valley 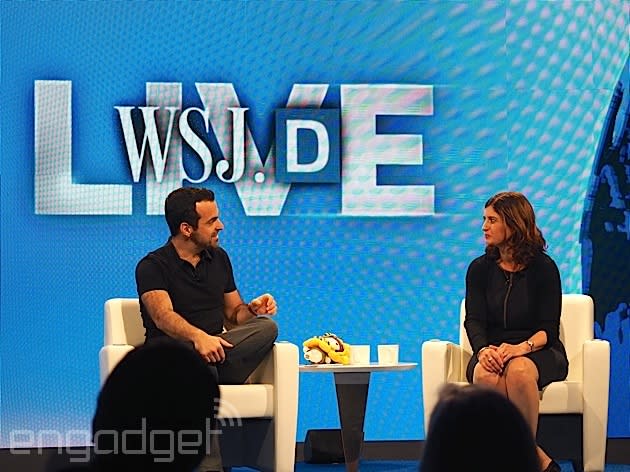 Hugo Barra, former Googler and current VP of International for Xiaomi, went on stage at the WSJD Live conference in Laguna Beach, California to not only explain the company's popularity, but also to combat accusations of design theft from Apple's Jony Ive. Barra said that their designers and engineers are certainly inspired by great products, "but, well, who isn't?" "Show me a completely unique design," he said. "I bet you can't find one." He even points at Apple, stating that while the iPhone 6 is the "most beautiful smartphone ever built," it carries design language that is very HTC-like. He also quotes Time Magazine, which said that iOS 8 borrows very liberally from Android, but that's a good thing. "They took existing ideas that are good, added their twist of innovation on top, and made it better." It's this concept of building upon great ideas that Barra said is something that both companies share. "People who accuse us of theft need to take a closer look at what we do."

Barra also spent some time explaining Xiaomi's secret to success -- it's currently hailed as the number three smartphone manufacturer in the world. Google, he says, calls its clientele "users", Microsoft says "customers," while Xiaomi calls its base "fans." Xiaomi apparently has a user forum in China with around 30 million users that sees around 400,000 posts per day. They talk about everything from product feedback to bug reports. "20 percent of those posts have to do with feature discussions." Additionally, the company sells their phones at cost, stating that the hardware is the delivery vehicle for the software. It has its own ecommerce platform, which is the third largest in China. "All of our marketing is social media," Barra added. The company only does one television ad buy a year -- about a minute's worth during Chinese New Year.

As far as the future goes, Barra has been living in India for the past few months, in hopes of making Xiaomi a big thing there as well. He said they've already made a big splash, selling out their initial batch of phones during a flash sale in July. Xiaomi also hopes to launch its Android-based 4k Smart TV in India and other international markets later this year. As for wearables? Well, aside from the Mi Band, Barra said that "Xiaomi has a bunch of new products coming."

In this article: hugobarra, wsjdlive, xiaomi
All products recommended by Engadget are selected by our editorial team, independent of our parent company. Some of our stories include affiliate links. If you buy something through one of these links, we may earn an affiliate commission.