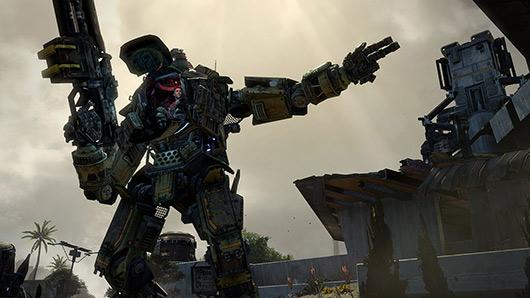 It's now a bit easier to jump inside the cockpit of Titanfall's giant stompy robots thanks to new discounts on both the game and its season pass.

Normally priced at $50, this discount reduces the price of Titanfall to $25. The season pass, which is normally $20, is now $8.25. That should be of special interest for anyone thinking of picking up any of Titanfall's three extant DLC map packs which remain priced at $10 each, but are all included in the newly-inexpensive season pass.

The NeoGAF posters who discovered these discounts believe they are part of the upcoming Games With Gold slate, though Microsoft has yet to confirm that claim. Whether true or not, the discounts are currently available on the Xbox Live Marketplace and Xbox.com for anyone with an Xbox One and a valid Xbox Live Gold subscription.
[Image: EA]
In this article: ea, microsoft, sale, season-pass, titanfall, xbox-one
All products recommended by Engadget are selected by our editorial team, independent of our parent company. Some of our stories include affiliate links. If you buy something through one of these links, we may earn an affiliate commission.