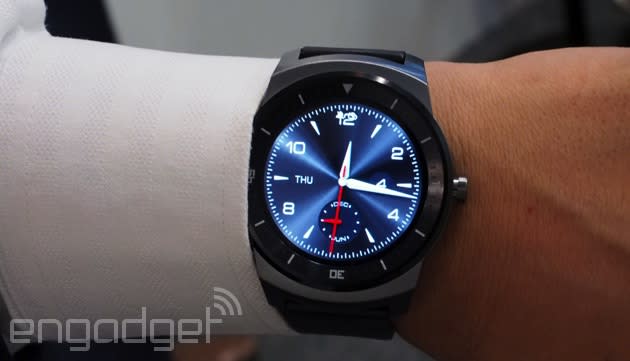 LG may still be coy about when you can strap a US version of the G Watch R on your wrist, but you'll at least know where you can get it. AT&T has confirmed that will be "among the first" carriers to sell LG's nicer Android Wear timepiece in stores. It's not discussing the details, although it's safe to presume that you'll be paying more than the $229 you'd shell out for a regular G Watch. You probably won't have to wait long, either -- LG already said the G Watch R would ship in the fourth quarter of the year, so don't be surprised if you're picking up this smartwatch in a matter of weeks.

In this article: android, androidwear, att, gwatchr, lg, smartwatch, wearable
All products recommended by Engadget are selected by our editorial team, independent of our parent company. Some of our stories include affiliate links. If you buy something through one of these links, we may earn an affiliate commission.