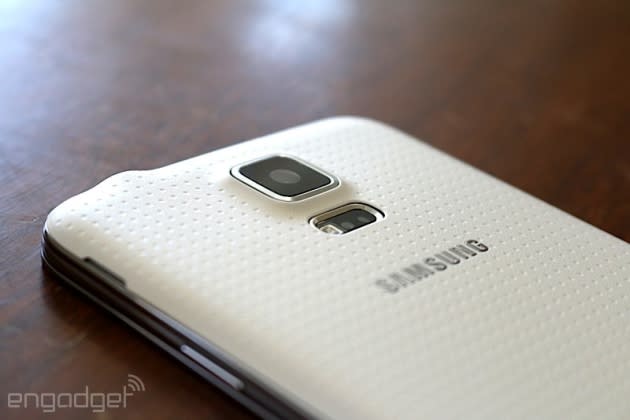 Confirming its own estimates from earlier this month, Samsung announced tonight that it accumulated an operating profit of $3.9 billion in Q3. That's not a bad haul for most companies in the July to September period, but last year Samsung proudly celebrated a record profit of $9.6 billion and now it's down to less than half that. Now the company is breaking down the reasons behind the drop, and everything starts with the flagship Galaxy S smartphones. Reuters notes that phones drove its growth over the last couple of years, but profits in that area dropped from 6.7 trillion Korean won last year, to 1.75 trillion in the same period this year.

That drop came as a result of price cuts for older phones and "declined shipments" of high-end models. Even slightly higher sales of midrange smartphones apparently weren't enough to right the ship, and the Galaxy Note 4 hasn't been on sale long enough to contribute. Worse, the phone sales have an effect across the company for its display, memory and CPU businesses. It expects to sell more Ultra HD and curved TVs to close out 2014, but investors will likely be more interested in how it responds to cheaper Chinese phone manufacturers.

In this article: hdpostcross, mobilepostcross, samsung
All products recommended by Engadget are selected by our editorial team, independent of our parent company. Some of our stories include affiliate links. If you buy something through one of these links, we may earn an affiliate commission.