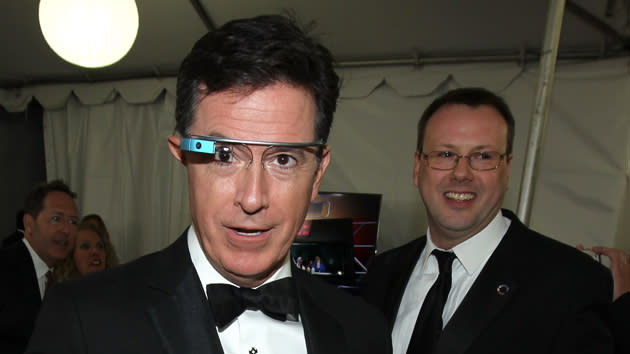 Many individual American movie theaters are already hostile to guests who use wearables like Google Glass, and they've now made that opposition official on a national level. Both the Motion Picture Association of America and the National Association of Theater Owners have instituted a "zero-tolerance" rule that bans recording-capable wearables during showings. While the policy doesn't say exactly what qualifies, it's clearly targeted at Glass and other headgear. It could technically include camera-equipped smartwatches like the Gear 2, although you probably won't have to worry about stowing your timepiece.

Theater staff won't invoke the police unless they believe you're trying to pirate movie, so you probably won't face jail time simply because you're used to wearing a headset and forgot to take yours off. However, ushers will definitely kick you out -- it'll be wiser to pack your Glass away than protest your innocence. The rule isn't likely to make much of an impact right now given the poor camera quality and limited availability of wearable tech, but the movie industry clearly isn't willing to take any chances.

In this article: glass, google, googleglass, movie, movies, mpaa, nato, piracy, theater, theaters
All products recommended by Engadget are selected by our editorial team, independent of our parent company. Some of our stories include affiliate links. If you buy something through one of these links, we may earn an affiliate commission.