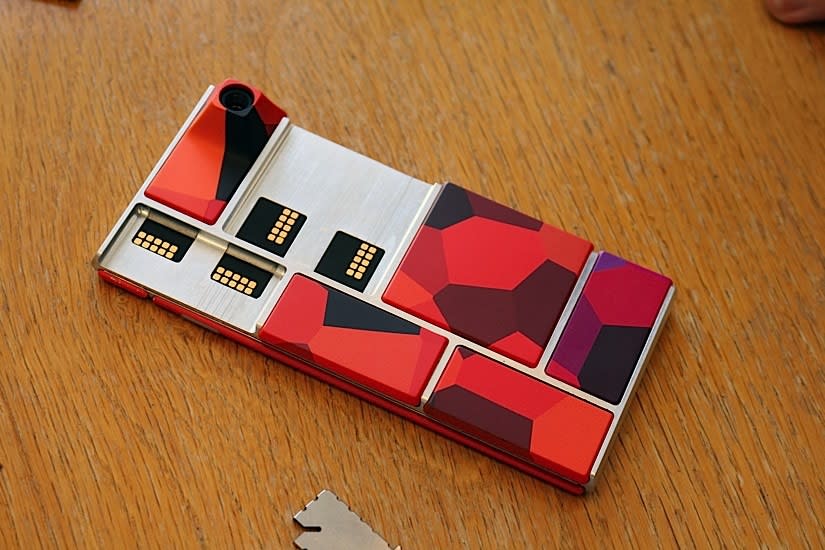 It's been just over a year since Google's Advanced Technology and Projects (ATAP) division announced Project Ara, a full-scale effort to produce the world's very first modular smartphone. The team has been working hard and fast to get a unit on the market before the end of its two-year mission, and it's progressing quite nicely: We recently saw a functional "Spiral 1" prototype running on Android, and the next version -- "Spiral 2" -- should be getting into developers' hands later this year. Paul Eremenko, who heads up the Ara team, will be onstage at Engadget Expand with me for a live demonstration and fireside chat. We'll catch up on how things are progressing, how Ara has evolved since its inception, the most interesting use cases for a modular smartphone he's seen so far and also discuss the next Developer Conference, scheduled for January 14th, 2015, in Mountain View, California. In anticipation of his appearance at Expand, I reached out to Eremenko for a quick Q&A about Ara.

Has the public and developer interest met or exceeded your expectations?

The developer interest in the Ara platform has vastly exceeded our expectations. In terms of consumer interest, I am not sure yet. Most of our public discourse has been aimed at and with developers. And although some consumers have clearly started to opine on the product -- mostly positively, as you note -- we haven't really started that conversation in a major way since we are still formulating our plans for our market pilot.

Developer interest in the Ara platform has vastly exceeded our expectations.

What is the most surprising thing you've learned about the wireless industry since you began Ara?

Just how much untapped potential for innovation there is ... just waiting to be unleashed.

When you started the project, you didn't know what kinds of things developers would think up. What is the craziest/wackiest use case (or module) you've seen for Ara so far?

A module with little rubber wheels that lets your phone run away from you, spin in place, etc. That's definitely the wackiest. But also a lot of really interesting ideas in the personal medical diagnostics and personal environmental-monitoring space.

Why hasn't a modular smartphone been done before?

We are certainly not the first to think of a modular phone. I think two things are different now. First, we are approaching this as a free and open platform. We have no aspirations to make and sell our own modules. We profit by our developers' success. Second, we believe that we are at a technological inflection point where Moore's law and other miniaturization trends in electromechanical systems have gotten us to a point where the overhead -- the power and volume penalty -- due to modularity is down in the 25 percent range at the system level. We think this is acceptable to most users in exchange for deep customization and being able to access an immensely innovative hardware ecosystem. That wasn't true before.

We have no aspirations to make and sell our own modules. We profit by our developers' success.

What is the most unexpected challenge you've faced since starting the project?

Making developer hardware. I seriously underestimated the difficulty of making hardware development kits that are flexible, robust, well-documented and developer-friendly. So we missed a couple of self-imposed deadlines to get Spiral 1 dev boards into developer hands this fall, though thankfully Spiral 2 hardware looks on track for later this year.

In this article: ara, atap, engadgetexpand, expand, ExpandNY, fivequestions, googleatap, modular, modularsmartphone, pauleremenko, projectara
All products recommended by Engadget are selected by our editorial team, independent of our parent company. Some of our stories include affiliate links. If you buy something through one of these links, we may earn an affiliate commission.