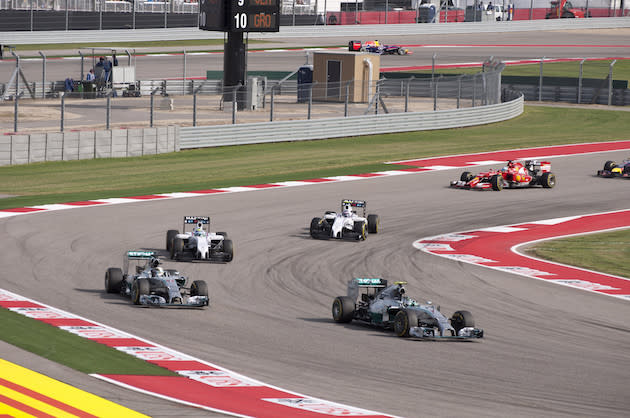 It's been almost six months since the BBC updated its iOS and Android Sport apps to deliver real-time football notifications, giving fans the ability to receive goal updates while on the move. However, football isn't the only sport the Beeb allocates a huge amount of resources to: it also shares live Formula 1 coverage with Sky. In an new update today, the BBC Sport team is giving F1 fans some mobile love by extending push notifications to cover practice, qualifying and results for the remaining F1 races of the 2014 season. Out for the day for the final double-point race in Abu Dhabi at the end of the month? The BBC now has you covered.

In this article: bbc, bbc sport, f1, formula 1, formula one, push
All products recommended by Engadget are selected by our editorial team, independent of our parent company. Some of our stories include affiliate links. If you buy something through one of these links, we may earn an affiliate commission.