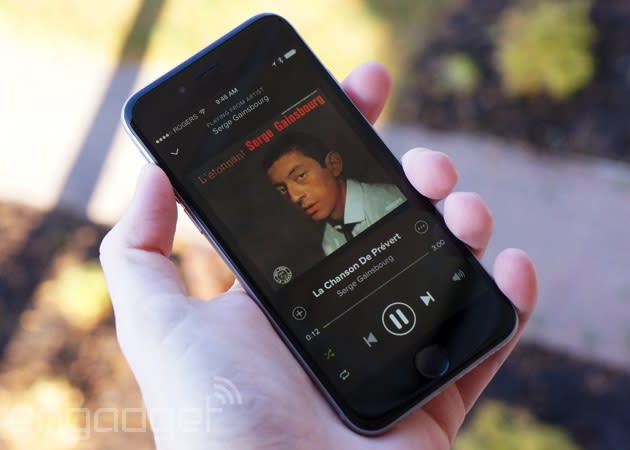 If you ask some musicians, Spotify is a trap; they earn so little from the service that they'd rather pull their albums and risk additional piracy. That's not necessarily true in every case, though. Kobalt Music Publishing, which represents songwriters like Lenny Kravitz and Paul McCartney, claims that its artists earned 13 percent more royalties from Spotify in Europe during the first quarter of the year than they made through iTunes sales. That's a sharp contrast from the year before, when iTunes was still the dominant money-maker. Kobalt claims that it's all about volume. While songsters get far less revenue per person from Spotify, the sheer number of listeners (three times as many) makes up the difference.

The publisher is quick to note that this reversal of fortune hasn't taken place in the US, and it's just representing 6,000 artists. This isn't necessarily proof of a broader trend, and some musicians are thriving without Spotify -- just ask Taylor Swift, who ditched Spotify shortly after she managed the best one-week album sales since 2002's The Eminem Show. Also, Kobalt's roster may only underscore the arguments from Spotify opponents like Thom Yorke, who contend that the service mostly rewards veteran artists (such as Kravitz and McCartney) and punishes newcomers. Nonetheless, it's evidence that all-you-can-eat music services can be profitable. If this keeps up, Swift and crew may have to change their minds.

In this article: apple, europe, itunes, kobalt, kobaltmusicpublishing, music, royalties, spotify, streaming
All products recommended by Engadget are selected by our editorial team, independent of our parent company. Some of our stories include affiliate links. If you buy something through one of these links, we may earn an affiliate commission.